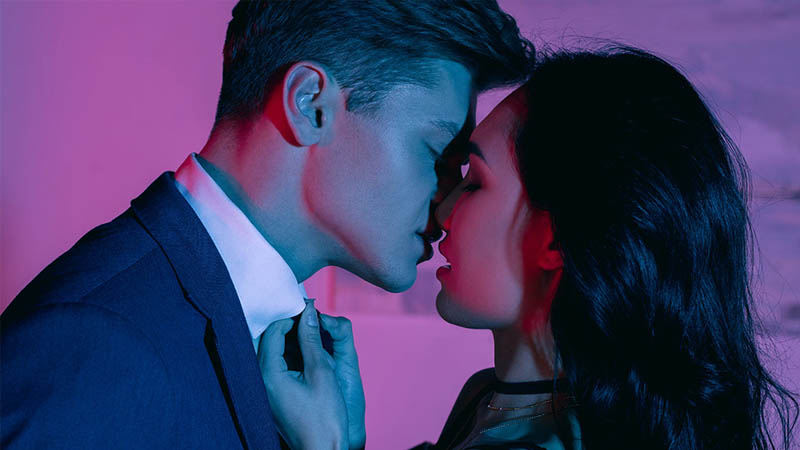 It’s a well-worn trope of heterosexual relationships that men are hornier than women. Whatever truth or untruth there is to that — and there’s certainly a debate to be had — people believe it enough that the internet has produced a wealth of content about how to help men in relationships with women right the supposed imbalance.

In theory, this is one of those articles. The phrase “how to get her in the mood” just makes a kind of cultural sense that “how to get him in the mood” kind of … doesn’t. The implication here is that men are always ready to get it on at the drop of a hat, while women need to be coaxed, cajoled and possibly tricked into being sexually aroused.

But the old notion of female arousal being such an uphill battle really doesn’t square with the landscape of modern sexuality.

In the wake of several waves of feminist thought drastically shifting the paradigm when it comes to women owning their desire, the online dating app-fueled rise of hookup culture, the increasingly flexible approaches people are taking to monogamy and the incredible popularity and ease of attaining high-tech sex toys, today’s women are far cries from the 20th century prudes, scolds and frigid schoolmarms they were so often painted as.

Still, that doesn’t mean every woman out there is now some sort of sexual dynamo. If you’re reading this article, there’s a good chance you’re in (or were in) a relationship where the female partner wasn’t as sex-inclined as the male partner.

So let’s unpack that, shall we?

How to Get Her in the Mood

If your sex life has been feeling a bit stale lately, sexual roleplay could be exactly what you need to breathe some life back into it. It’ll give you an opportunity to live out some kinky fantasies in a safe and fun way.

“You both may have thought about it, but never actually put it into play,” says Riel. “Ask her if she would have any interest in doing so, make it an open dialogue so both of you can express what types of roleplay you may desire to try.”

If foreplay has typically been a few minute affairs for you, it might be time to re-imagine what foreplay can be.

“Your body is not a light switch,” says O’Reilly. “Foreplay [shouldn’t] begin in the bedroom. […] You can’t go from talking about your parents or taxes to tearing one another’s clothes off in a matter of seconds.”

Instead, make foreplay an all-day affair, slowly building up to a climactic moment later on.

“Start long before you’re ready to get naked,” suggests Lords. “Many women need more than five minutes of kissing and flirting to be down for sex. […] Find moments to be intimate with your clothes on — kissing, holding hands, stroking her hair, etc.”

Of course, if you’re like many modern couples, you might not actually get to spend that much time together. If that’s the case, it might be time to port your foreplay to the digital domain with some casual sexting.

Sexting during the day can be a great way to build anticipation for a sex session later on.

Ask Her Exactly What She Wants

While the above suggestions can make for great sexual experiences, not all of them will work for everyone (and some might find all four of them ho-hum). That’s why the best advice for how to get a woman in the mood is, well, to ask her.

“Talk about what she needs,” says Lords. “The easiest way to help your partner get into the mood for sex is to ask her what she needs. Maybe she needs quiet time after work. Maybe she’d like a shower … or for you to take a shower.”

Communication is key, people. When in doubt, talk it out.

“If they’re not in the mood, ask them if you can help to put them in the mood,” explains O’Reilly “This doesn’t mean that they’ll necessarily get in the mood, but ask them if they’re open to trying. It’s not your job entirely, but you can be a part of the process — so talk in advance about what they need in order to get in the mood when it doesn’t strike spontaneously.”

Save a Relationship from a Possible Breakup