It’s a common belief that the beginning of a relationship is when the sex is best: hot, spontaneous, and nonstop. After those initial sparks, it’s all downhill from there, even if you love each other, right? The picture, it turns out, isn’t so simple.

Every individual and couple is different, of course, and what’s more, there is plenty you can do for better sex at every stage. Ahead, insight on what to expect on the relationship road ahead, with insight from clinical psychologist and sex therapist Megan Fleming. 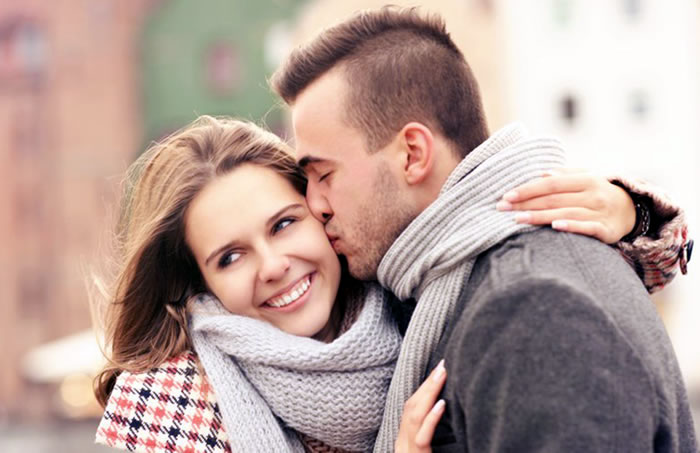 When You First Start Hooking Up

This is definitely an exciting phase but it can also be nerve-wracking. “In some ways, when you have a new partner, you can let go and focus on your own pleasure,” Fleming points out. “Once you’re in a relationship, you often feel a sense of responsibility … Some people have a hard time eroticizing the familiar and they only can really find a huge turn-on when they’re not in a relationship.” While novelty may serve as an aphrodisiac for you, for others, the desire to ~impress~ a new partner earlier on can have a potentially negative impact on sex. “For some people, only when they feel safe, relaxed, and secure can they actually push their boundaries,” Fleming explains. When it comes to straight couples, there’s also evidence that the orgasm gap between men and women narrows after the first handful of hookups; research by sociologist Elizabeth Armstrong even suggested that the orgasm gap tends to shrink by more than half between couples who are just “hooking up” and couples who are in a relationship. Basically, it can take time for a partner to figure out what you need to get off (and in some cases, unfortunately, to care about whether you do in the first place).

Six to 18 Months Into the Relationship

This time period is known by researchers (and couples) as something of a sexual sweet spot. One 2016 study published in the journal Archives of Sexual Behavior looked at the sexual satisfaction of 2,814 straight people in committed relationships and found that they tended to be happier with their sex lives between the six-month and 12-month marks of their relationships than at any other time. Fleming puts that outside limit at more like 18 months. She also says that this lovey-dovey stage is supposed to come to a close. Yes, you’re at this great point where sex with your partner is still exciting and new, but you also know their body enough to really turn them on, and you should enjoy it but know that even greater intimacy lies on the other side. “Some people are always chasing that high, that feeling of incredible attraction, but that’s meant to end,” she says. “That’s not catastrophic.” There’s something uniquely great about knowing you still want to sleep with someone after you’ve seen them at their lowest (e.g. that time they had diarrhea for two days straight while you were traveling). Those moments come with time and commitment.

When You Get Married/Are in an LTR

The same study discovered that the mere act of getting hitched didn’t affect couples’ sexual satisfaction. But the comfort that you and your long-term partner have at this point can help you feel more adventurous and open to acting on your fantasies or trying out bedroom accessories like vibrators. If you do find yourself in a sexual rut once solidly in a long-term partnership, communicating openly about how you’d like your sex life to change is the first step. It’s also important to recognize that your sexual dynamic doesn’t exist in a vacuum and is affected by all of the other milestones (and challenges) you’re going through. Think: mortgage payments; promotions, layoffs, or other career shifts; trying to conceive; caring for aging parents; and so much more all normal life stuff that accelerates for many people after they enter marriages or committed partnerships, stuff that can make it hard for partners to carve out time for sex. Scheduling, Fleming says, is a useful tool: “People think their sex is supposed to be spontaneous,” she says, “but I help couples identify the value of prioritizing their sexual time.” Literally penciling time into your calendars can help! You may not know if you’re going to feel horny at 2 p.m. next Saturday, but if you’ve set that time aside for you and your partner, you get to figure out what to do with it when it comes you’re giving yourselves space to be intimate in the way that feels right in the moment.

If You Have Kids

To say that kids are time-consuming is an understatement, but they don’t have to be the sexual death knell for parents they’re often made out to be. “Obviously kids are incredibly important,” Fleming says, but sex is a vital part of most people’s well-being, and it’s often one of the first things to be set aside as nonessential when couples have kids. And you shouldn’t feel guilty about insisting on sexual time for yourself once you become a parent. Scheduling, again, comes in handy here. So does understanding the optimal conditions for sex. Fleming says that she sees what she calls “too much touch syndrome” among some parents, where after spending a day in close contact with their kids, someone might understandably not be in the mood to be touched sexually by their partner. One possible solution to this could be morning sex. Or, if you’re too tired to have sex at night, for example, you could put on your kid’s favorite TV show and escape to the bedroom for 20 minutes before dinner. A leisurely, candlelit dinner followed by hours of passionate sex on a rose-strewn bed may not be a realistic goal on a regular basis you’re a parent but it is still possible to work intimacy into your everyday life.

When You Hit Menopause and Beyond

Menopause isn’t usually thought of as a boost for your sex life, but removing the risk of unintended pregnancy can be a huge turn-on for women, Fleming points out: It’s super liberating for that worry to lift. However, “Physiologically, you don’t have as much estrogen,” she says. Fleming adds that some women may consider hormone replacement therapy and vaginal moisturizers as a boost for libido. And here’s good advice for any age: Take your sweet time on foreplay. At this stage, you often have more time to begin with as the pace of your professional or parental life slows, or you enter retirement. And some older women say they feel more at home in their bodies than ever before in their lives a recipe for sexual confidence. The reality is there is no one-size-fits-all model for sex over the arc of your relationship, or life each one offers both challenges and reasons to celebrate. The one common thread: good sex, fortunately, does not have an expiration date.