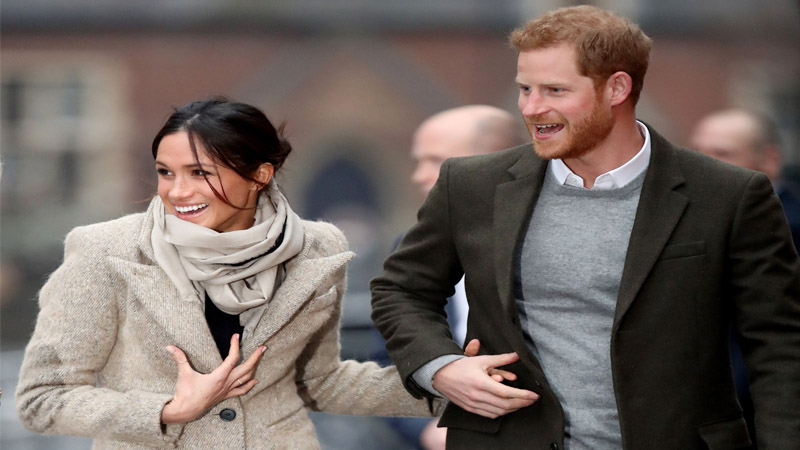 Family relationships can be complicated, and sometimes they reach a point where we may need to separate ourselves from a certain family member. This is by no means easy and takes serious consideration about the health of you and the other family member involved.

When it comes to letting go of relationships with our toxic family members, we have some options available to us. I know from experience and from treating others that it is essential to try all of these options. When we try everything, it makes our final decision to go no contact more comfortable as we come to see the toxic people in our lives leave us with no other choice.

Take Prince Harry, for instance. Harry recently relinquished he and wife Meghan Markle’s royal titles as Duke and Duchess of Sussex due to the relentless, and often racist, attacks on the couple by the British tabloids. Having witnessed his mother experience similar torment in the past, Harry chose to spare his wife at the expense of the royal family.

1-Be empowered by your motives.

Sometimes toxic people will trap you like a hunted thing – you know you don’t have to give in to them but you also know that there will be consequences if you don’t. The secret is to make your decision from a position of power, rather than feeling controlled.

In the same way, there is something they want from you, there will always be something you want from them (even if it is to avoid more of their toxicity).

2-Before telling a toxic family member how they make you feel, try this.

If you’re not ready to cut family out of your life—or you don’t think their behaviour is extreme enough to warrant it—you may be tempted to call them out on what they’re doing in an effort to break the cycle.

Just be sure to manage your expectations of the conversation: Definitely don’t assume you’ll get an outright apology or some sudden improvement in your dynamic.

In fact, they may wind up pushing your buttons harder than ever. on track, Thomas suggests making a list of the person’s most hurtful offenses and sticking to your talking points.

3-Be clear about your boundaries.

By knowing exactly what you’ll tolerate and what you won’t – and why – you can decide how far you’re willing to let someone encroach on your boundaries before it’s just not worth it any more.

Be ready to listen to that voice inside you that lets you know when something isn’t right. It’s powerful and rarely wrong (if ever). Whether someone else thinks it’s right or wrong doesn’t matter.

What matters is whether it’s right or wrong for you. Let that guide your response and when you can, who’s in and who’s out.

People can be a pity sometimes, but you’re not one of those. Decide that you won’t be anyone’s victim. Instead, be the one with the boundaries, the strength, the smarts and the power to make the decisions that will help you to thrive.

Even if they’re decisions you’d rather not be making, own that it’s a movie you’ve made to get what you want, rather than to bend to someone else’s will. You’re amazing, you’re strong and you’re powerful – which is why you’re nobody’s victim. Nobody’s.

Forgiveness is about letting go of expecting things to be different. You’ll never be able to control the past but you can control how much power it has to impact your future.

Forgiveness doesn’t mean accepting the behaviour or approving of it – it means that you’re not going to be controlled by it any more. It’s something done in strength and with an abundance of self-love.

Don’t forget the way people treat you – for better or worse – and use that to help you live with clarity and resolve.

6-When should you cut them out?

Deciding to enforce a no-contact rule is a big move that may test your resolve, call for new family holiday traditions, and spur other family members to try and intervene.

But as Thomas points out, certain situations require it—particularly when previous attempts to improve relations are unsuccessful. No-contact particularly becomes an option to consider if the situation is significantly impacting your mental health.

An increase in symptoms of depression, anxiety, panic disorder, addictions, and mood instability are all signs of necessary distance from a toxic family member,”

Another reason people may choose to protect themselves with a no-contact rule is to protect their own family, out of fear that their children will be exposed to the same unacceptable behaviours. “Toxic parents frequently become toxic grandparents.”

Tips to Bring your Children Closer than Before

5 WAYS TO KEEP YOUR KIDS OFF THEIR PHONES