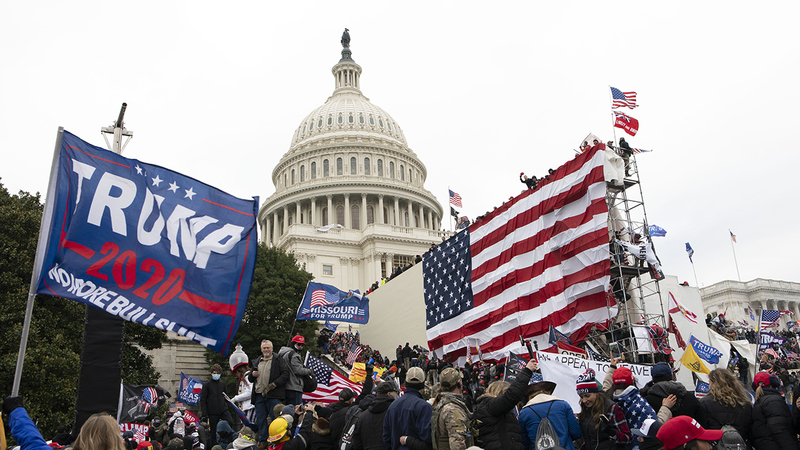 President Joe Biden formally rejected Trump’s claims that the capitol riot documents should be shielded from release to the House select committee investigating the insurgency on Wednesday, intensifying the battle over White House records of former President Donald Trump’s activities related to the Jan. 6 Capitol attack.

The White House counsel‘s office said in a letter to the National Archives that President Biden is “instructing” the agency to comply with the House select committee’s request for the records.

“President [Biden] maintains his conclusion that an assertion of executive privilege is not in the best interests of the United States,” the letter states, after Trump last week made a broad effort to keep confidants from cooperating with the probe.

“President Biden does not uphold the former President’s assertion of privilege,” said Wednesday’s letter, which also told the agency that “in light of the urgency of the Select Committee’s need for the information, the President further instructs you to provide those pages 30 days after your notification to the former President, absent any intervening court order.”

Late last week, Trump issued a statement claiming that the requests had been made “are not based in law or reality — it’s just a game to these politicians. They don’t care about our country or the American people.” Trump continued to say that the Democrats are “drunk on power.”

Wednesday’s move comes as the committee ramps up its efforts to move ahead with its investigation. As per a source familiar with the proceedings, former Acting Attorney General Jeffrey Rosen spoke before the committee on Wednesday.

Former Associate Attorney General Jeffrey Clark was issued with a subpoena by the committee on Tuesday. When ABC News contacted Clark’s lawyer, he declined to comment.

Former Trump White House senior advisor and one-time campaign CEO Steve Bannon, on the other hand, remains steadfast in his rejection of the committee. Bannon’s lawyer claims in a second letter to the committee that they have been told not to answer by Trump’s counsel, citing the former president’s invocation of executive privilege.

“Until such a time as you reach an agreement with President Trump or receive a court ruling as to the extent, scope and application of the executive privilege … Mr. Bannon will not be producing documents or testifying,” Bannon’s counsel, Robert Costello wrote in a letter to committee chairman Bennie Thompson.

Last week, Thompson and vice-chair Liz Cheney said they would “swiftly consider” prosecuting Bannon and possibly others in contempt of Congress for ignoring committee subpoenas.

As per apnews, Trump’s lawyer wrote a letter to numerous people who had been subpoenaed, advising them that the former president wants the subpoenas ignored and intends to claim executive privilege. Trump implied in the letter that he would be willing to take the subject to court to prevent their cooperation.

At least 18 subpoenas have been issued by the committee, the majority of which have been sent to Trump aides and persons associated with the rallies in Washington on the day of the Capitol riot.