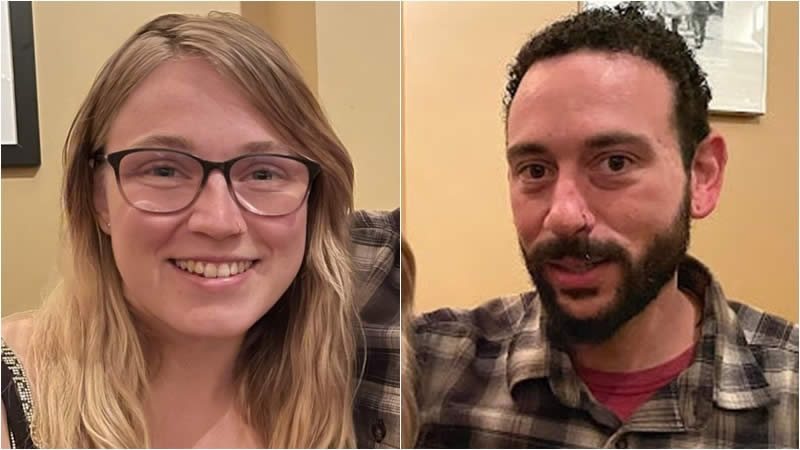 Vermont State Police announced late Tuesday night that the spouse of a missing woman last seen Saturday in Bolton faces a charge of first-degree murder in her death.

Joseph Ferlazzo, 41, of Northfield, New Hampshire, is scheduled to appear in Chittenden County Superior Criminal Court in Burlington on Wednesday for the murder of his wife, Emily Ferlazzo, 22.

According to a press release from state police, the court ordered Joseph Ferlazzo to be held in custody overnight without bail.

“It’s very tragic, and our thoughts and prayers certainly go out to friends and family of Emily,” Trudeau said.

Police stated they were also looking for her husband shortly after 1 p.m. Tuesday and asked for the public’s help in finding him.

However, a state police detective found Joseph Ferlazzo by coincidence in a convenience shop in St. Albans shortly after putting out that notice, according to Trudeau. Trudeau claimed the detective had stopped into the store for lunch when he noticed the wanted man.

According to Trudeau, the detective asked Joseph Ferlazzo if he would be ready to go to the state police barracks in St. Albans to be questioned about his wife’s disappearance, and Joseph Ferlazzo agreed.

“He sat down and met with some detectives and provided them a great deal of information,” Trudeau said. “The information he provided was that he had killed his wife Emily and said he’d done so in the town of Bolton during the early Saturday morning hours.”

According to police, Joseph Ferlazzo told detectives that he killed Emily inside their vehicle in Bolton.

Before Joseph Ferlazzo’s arraignment on Wednesday, Trudeau declined to elaborate on the manner of death.

As per Vtdigger, Trudeau said the couple traveled from their home in New Hampshire to Bolton on Friday night.

The vehicle was described by police as a small bus that the pair had turned into a living and travel area and had transported to Bolton late last week.

The bus was found and confiscated earlier in the day near St. Albans, according to police. Trudeau said detectives performed a court-ordered search of the vehicle at the barracks in St. Albans after speaking with Joseph Ferlazzo and discovered the human remains and other evidence verifying his description of the incident.

According to police, the victim’s body will be transferred to the Burlington Chief Medical Examiner’s Office for an autopsy to ascertain the cause and manner of death as well as confirm identity.

Joseph Ferlazzo’s “admissions,” according to Trudeau, were critical to the case.

“There’s still a lot of evidence to be recovered,” Trudeau said, adding, there will be “days and days of follow-up with this case” involving several towns in Franklin and Chittenden counties.

Emily Ferlazzo’s family reported her missing at about 7:15 p.m. on Monday, prompting a police inquiry that spanned the Bolton area and included Enosburg and St. Albans.

According to authorities, Joseph Ferlazzo told her family that the pair fought while driving on the Bolton Valley Access Road about 1 p.m. on Saturday. He said the couple was staying in a vacation apartment in Bolton.

According to authorities, Emily Ferlazzo got out of the vehicle and began walking along Route 2, after which he headed to a convenience shop in Bolton.

When Joseph Ferlazzo returned to the location where he last saw Emily Ferlazzo, he discovered she had vanished, and he informed her family.

The couple’s dog, a mixed breed named Remington, had also been reported missing and was found unharmed at a house of Joseph Ferlazzo’s friend, police said.

Joseph Ferlazzo faces up to life in prison without the possibility of parole if convicted of the first-degree murder charge.