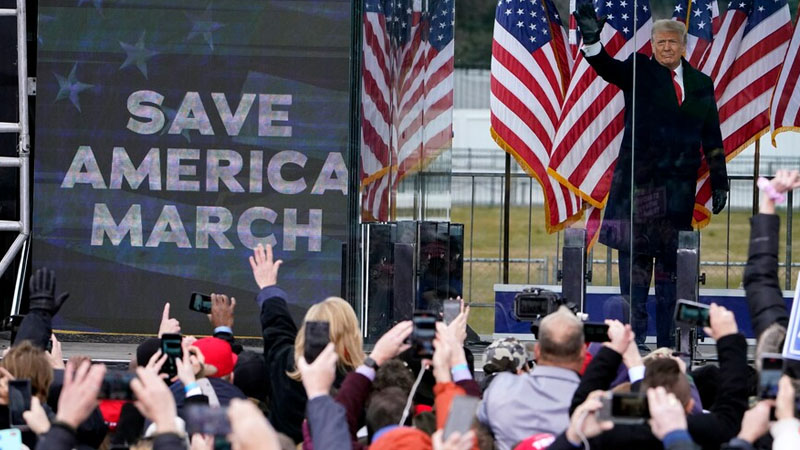 The first civil suit leveled against former US President Donald Trump over the January 6 US Capitol riot was filed in February 2021 by Rep. Bennie Thompson (D-MS) and the NAACP. The suit characterized the deadly storming of the federal building as the result of a “carefully coordinated campaign to interfere” with the US electoral process.

On Monday, lawyers for Trump cited presidential immunity in a request to have a federal judge in Washington, DC, dismiss a slew of suits that accuse the then-US president of conspiring with far-right groups and other entities to block the certification of Electoral College votes.

“There has never been an example of someone successfully being able to sue a president for something that happened during his term of office,” claimed Trump lawyer Jesse Binnall to US District Judge Amit Mehta.

The judge, during the five-hour hearing, appeared skeptical of the Trump team’s position.

“Is there anything the president could say while president of the United States that could subject him to civil suits?” posed Mehta, who was appointed by then-US President Barack Obama in 2014.

“When that person holds the office, for that term of office, what a president does is constantly part of being the sole person responsible for the executive branch of government,” Binnall replied.

In addition to Thompson’s civil suit, there was another filed by Rep. Eric Swalwell (D-CA), and a third by US Capitol Police officers James Blassingame and Sidney Hemby, who argue that Trump is liable for the damages associated with the deadly insurrection.

Lawmakers have said that Trump violated the Ku Klux Klan Act, an 1871 piece of civil rights legislation geared toward combating the KKK and other white supremacy organizations.

Why Is An Unnamed Former White House Official Furious About Melania Trump?