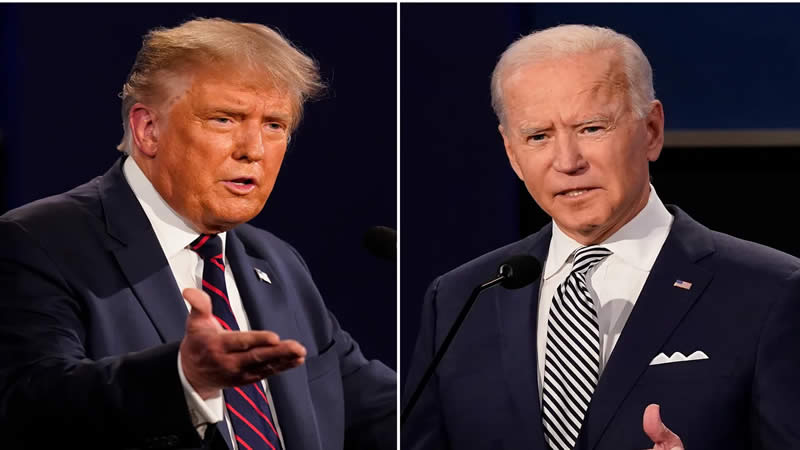 Obama was markedly divisive, but Biden is ‘far worse’ and more overt, fmr president says, Former President Donald J. Trump warned that President Biden‘s and the Democratic Party’s heavy-handed turn toward far-left-wing and globalist government could reach a point where future elected politicians will be unable to correct course, and the republic as founded will be destroyed.

Trump appeared on “Life, Liberty & Levin” with Mark Levin to discuss his new book “Our Journey Together,” which includes hand-picked images of and relating to him and his family taken during his four years in the White House.

Levin noted Trump has declared that Biden will be regarded as the worst president in history, with other critics alleging that his policies have resulted in an economic collapse that rivals that of fellow Democrat Jimmy Carter.

“If you look, President Obama was very divisive, but people were quieter about it. They didn’t want to insult him, but he was very divisive,” Trump later added. “But the Biden administration is far worse. In fact, I noticed the other day where Obama said ‘this is very dangerous; all of these — you know, what they’ve done. It’s too much for him,” he said.

“But when they look at his top economic people are looking at this inflation, and they’re seeing these bills that are being passed for trillions and trillions of dollars where it’s like throwing money out the window,” Trump continued, appearing to reference how Obama-era officials like Treasury Secretary Lawrence Summers have warned against some of the current Democratic officeholders’ actions.

“These are Obama people telling Biden people ‘you can’t do this, -‘ but they push forward anyway. Let’s see what happens.”

According to the former president, Youngkin called him after his win to thank him for his support: “The ‘MAGA’ people came out in a force far greater than anybody thought possible.”

Youngkin made significant gains for the GOP in more Democrat-leaning areas in the north and near Washington, D.C., while also piling up the points in heavily pro-Trump areas like Bristol, Wytheville, Bland, and Cumberland Gap.

While Trump stated that Youngkin’s win should serve as a wake-up call to the left, he also noted that the country must return to policies of strong borders, free enterprise, a free press, and other platforms that he claims Biden has abandoned.

“If you did a sample of 1,000 people, typical, good, American people that love our country, they can’t believe what they’re witnessing at the border, and some of the people are really bad,” he said.

Many critics have pointed to the fact that illegal immigrants are often not held to the same standards as U.S. residents in recent weeks, as Biden has enacted tighter coronavirus mitigation edicts on the federal level.

“I think you’re going to see a big, big victory for Republicans in the midterms. I think it’s going to be very hard for them to come back that fast,” Trump predicted.

“This country has tremendous potential, tremendous, but we’re giving it away, and there’ll be a point where the country can’t come back, and we can never allow that point to be reached,” he said.