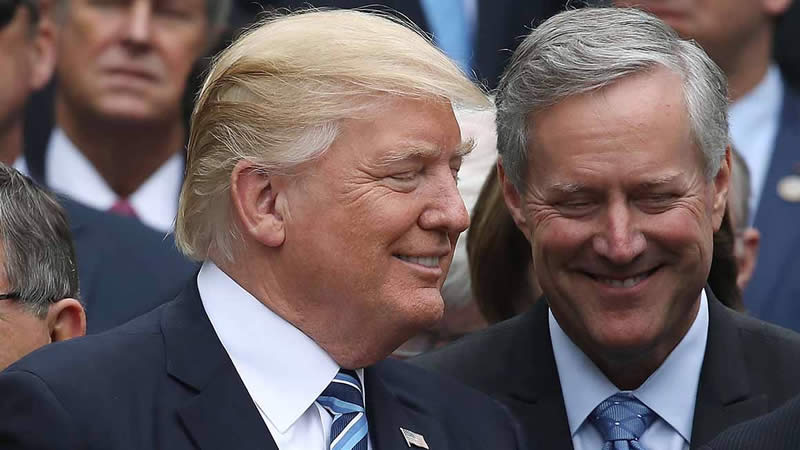 A House committee investigating the insurrection at the US Capitol on January 6 has subpoenaed four advisors and associates to former president Donald Trump.

All four were in contact with Mr. Trump as hundreds of his supporters violently broke into the Capitol building.

They have been instructed to produce materials and appear for depositions in the weeks ahead, committee chairman Bennie Thompson said in a statement.

The committee is investigating the events of January 6, when Trump supporters stormed the Capitol as Congress was meeting to certify President Joe Biden’s election victory. Consequently, delaying that process for several hours as then-vice president Mike Pence, members of Congress, staff, and journalists fled from rioters.

The subpoenas are a significant escalation for the panel, which plans to begin its first closed-door witness interviews in the coming weeks after sorting through thousands of pages of documents the committee requested from federal agencies and social media companies.

The goal is to provide a complete accounting of what went wrong to prevent anything like it from ever happening again.

Nearly 600 people were arrested in connection with the attack, which was the worst violence at the seat of the US government since the British invasion during the War of 1812.

Mr. Thompson said in letters to each of the witnesses that investigators believe they have relevant information about the lead-up to the insurrection.

For instance, in the case of Mr. Bannon, Democrats cite his January 5 prediction that “all hell is going to break loose tomorrow” and his communications with Mr. Trump one week before the riot in which he urged the president to focus his attention on January 6.

The committee also cites Mr. Meadows’ work to overturn Mr. Trump’s defeat in the weeks prior to the insurrection and his pressure on state officials to push the former president’s false claims of widespread voter fraud.

In the letter to Mr. Meadows, Democrats say they have “credible evidence” of his involvement in events within the scope of the committee’s investigation.

That includes his communication with Mr. Trump on January 6 and his reported involvement in the “planning and preparation of efforts to contest the presidential election and delay the counting of electoral votes”.

Mr. Thompson also signaled that the committee is interested in Mr. Meadows’ requests to Justice Department officials for investigations into potential election fraud.

Former Attorney General William Barr has said the Justice Department did not find fraud that could have affected the election’s outcome.

The panel cites reports that Mr. Patel, a Trump loyalist who had recently been placed at the Pentagon, was talking to Mr. Meadows “nonstop” the day the attack unfolded.

According to reports cited by the committee, Mr. Scavino was with Mr. Trump on January 5 during a discussion about how to persuade members of Congress not to certify the election for Mr. Biden.

He promoted Mr. Trump’s rally ahead of the attack and encouraged supporters to “be a part of history” on Twitter.

The panel said its records indicate that Mr. Scavino was “tweeting messages from the White House” on January 6.