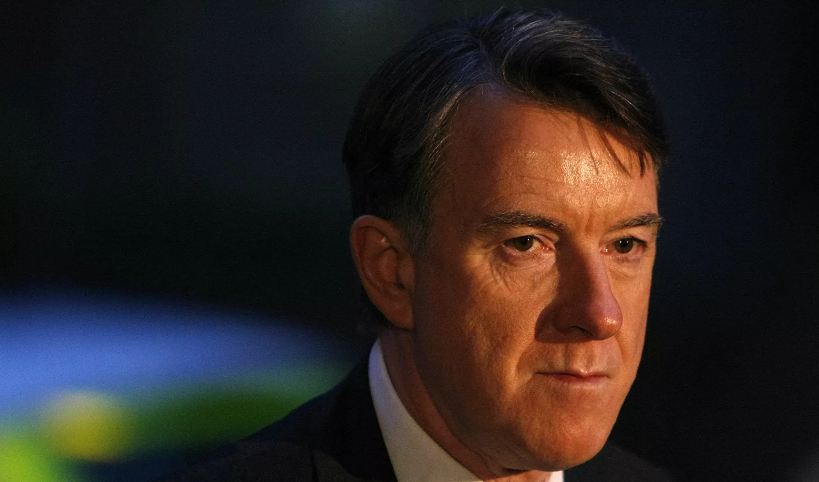 US financier and convicted sex offender Jeffrey Epstein was arrested in July 2019 on suspicion of running a sex-trafficking ring that lured underage girls to his New York and Florida estate to attend sex parties.

A never-before-seen photograph has been released by The Sun, showing Lord Peter Mandelson, a former Labour Cabinet minister and a leading adviser to ex-British Prime Minister Tony Blair, pictured with disgraced financier Jeffrey Epstein after he had been charged with sex crimes.

The photo was supposedly taken inside Epstein’s apartment in Paris’s Avenue Foch in August 2006.

Epstein is seen blowing out the candles on what appears to be a birthday cake while Mandelson is sitting next to him.

“This demonstrates how astonishingly close Peter Mandelson was to Jeffrey Epstein, even as his crimes were being exposed. Peter undoubtedly has questions to answer over this. It also shines a light on the cosy relationship Jeffrey, Ghislaine, Prince Andrew and Peter shared during this period,” a source told The Sun.

According to reports, Mandelson was introduced to the late sex trafficker by Ghislaine Maxwell, Epstein’s ex-girlfriend and accomplice, who was found guilty in December on five charges, including conspiracy to entice minors across state lines to engage in illegal sexual activity, transporting a minor with intent to engage in illegal sexual activity and sex trafficking of a minor.

Back then, Mandelson had stood down as an MP after resigning twice from the government, including over a financial sleaze probe.

An acquaintance of Mandelson insisted in 2019 that he had met with Epstein on “no more than five or six occasions”.

“Peter only knows him because of a friendship with Ghislaine, who he met in the 1980s and has known ever since.”

In 2005, Epstein served a 13-month sentence in the United States on charges of soliciting an underage girl for prostitution. In July 2019, he was arrested again, this time on suspicion of running a sex-trafficking ring that lured underage girls to his New York and Florida estate to attend sex parties.

Later that month, Epstein, who was facing up to 45 years behind bars upon conviction, committed suicide in his prison cell during his pretrial detention in Manhattan’s Metropolitan Correctional Center.