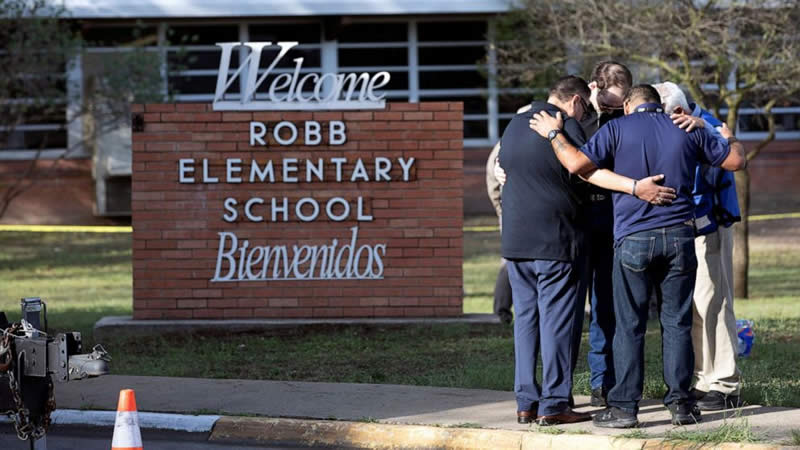 One day after the deadliest school shooting in modern Texas history, authorities released more information about the gunman who killed 19 children and two teachers at an elementary school in Uvalde, Texas.

Texas Gov. Greg Abbott identified the attacker as Salvador Ramos, 18, of the heavily Latino community about 85 miles west of San Antonio. According to the governor, Ramos entered Robb Elementary School in Uvalde around 11:30 a.m. Central time and opened fire.

Cnn is providing general information about the shooter in order to educate readers about how mass attacks are frequently planned and carried out, particularly in terms of weapon and target selection.

These details provide authorities and the public with information that could help citizens identify and prevent future mass shooters.

The attack on Tuesday was the deadliest at a U.S. elementary school since a gunman killed 20 children and six adults at Sandy Hook Elementary in Newtown, Connecticut, nearly a decade ago.

The shooting in Texas comes just ten days after a gunman in body armor killed ten Black shoppers and workers at a supermarket in Buffalo, New York, in what authorities say was a racist attack.

Here’s what we know about the shooter in Tuesday’s deadly attack:

On Wednesday, Texas authorities said they were still looking for answers about a possible motive and what urged the attack by a man who had no criminal adult record and no known mental health history.

Gov. Abbott, however, stated at a news conference in Uvalde on Wednesday with other state and law enforcement officials that the gunman shot his grandmother in the face before attacking the school. Abbott referred to him as a “demented person.”

According to Abbott, the gunman sent several chilling messages on social media about 30 minutes before the attack.

On Twitter, a spokesman for Meta, Facebook’s parent company, stated that the messages Abbott described were private one-on-one messages.

Officials said the shooter had been living with his 66-year-old grandmother since March. She survived the shooting by asking for help from neighbors while police were called. According to law enforcement officials, she was airlifted and was being treated for her injuries at a hospital in San Antonio.

According to Abbott, the gunman stole his grandmother’s truck and crashed it just outside Robb Elementary School. He entered the school around 11:30 a.m., carrying an AR-15-style rifle and a backpack. According to a briefing given to lawmakers, another rifle was later found in his truck.

According to a briefing received by state Sen. John Whitmire, the shooter was wearing a plate carrier but no ballistic armor. He claimed that police were not pursuing the gunman before he crashed.

The shooter was confronted by school resource officers at the school but was able to enter through a back door, according to officials. He walked down hallways before entering a classroom.

Several agencies’ officers converged on a classroom and burst in. According to a senior Department of Homeland Security official, the gunman was shot and killed by a US Border Protection agent.

When confronting the gunman, the agent was shot in the foot or lower leg and was treated at a local hospital for his injuries, according to a DHS official.

According to Abbott, 19 children and two faculty members were killed in total.

“I consider this person to have been pure evil,” Abbott said.

According to Abbott, the attacker was a student at Uvalde High School before dropping out.

Uvalde has a population of about 16,000 people and is located about 85 miles west of San Antonio and 75 miles from the Mexican border. According to the US Census Bureau, more than 80% of the city’s population is Latino.

Texas Department of Public Safety Director Steve McCraw stated on Wednesday that the gunman recently purchased two semi-automatic rifles on separate dates, which a department spokesman later clarified to USA TODAY on May 17th and 20th.

He also purchased 375 rounds of 5.56 ammunition and what appeared to be seven 30-round magazines, according to Whitmire.

On Wednesday, investigators stated that they were working to identify a trigger for the shooting. Law enforcement officers stood guard at the home where the gunman is suspected of shooting his grandmother.

Wendy Arrillos, 40, a convenience store employee who lives three doors down, said she’d known the grandmother for more than five years but had never seen the shooter before his attack stunned the small community.

“It’s a small town. We all know each other,” Arrillos said.

According to CNN, the gunman in the attack messaged a 15-year-old girl in Germany just before the attack. The outlet said it reviewed message screenshots and spoke with the girl, who said she met the attacker online.

On Monday, the gunman informed her that he had received a shipment of ammunition. When asked what he planned to do with it, he said, “just wait for it.”

The Washington Post spoke with the attacker’s childhood friends, who described him as becoming increasingly isolated and erratic in his behavior.

Experts in extremism who study mass shooters were still trying to determine whether Ramos had any ties to hate groups or was involved with online communities that promote violence on Wednesday.

Instagram’s parent company, Meta, confirmed that it is working with law enforcement to investigate an account that appears to belong to the gunman.