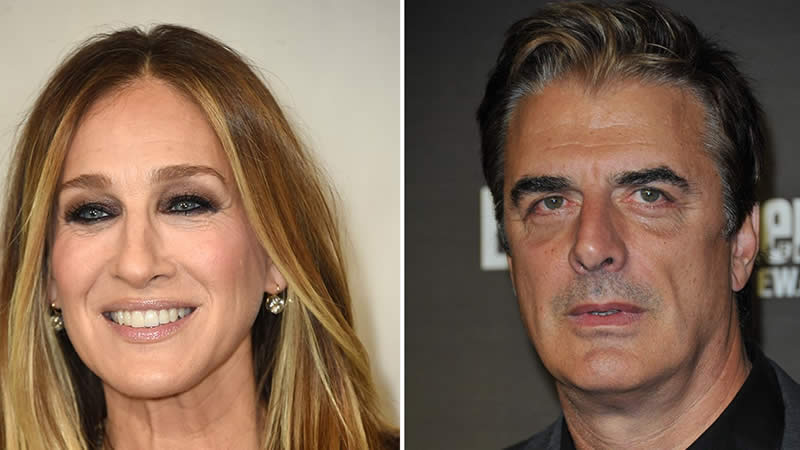 After celebrating the return of Carrie Bradshaw, Sarah Jessica Parker is “heartbroken” in the wake of s*xual assault charges against Chris Noth, a source exclusively revealed in the latest edition of Us Weekly.

“She is fiercely protective of Carrie Bradshaw and livid that she and everyone else at the show has been put into this position,” the insider says.

“It is not about the money, but rather her legacy. Carrie was all about helping women and now, under her watch, women are saying that they have been hurt.”

The 56-year-old actress also “feels like there have been two deaths,” according to the source, referring to Noth’s Mr. Big dying in the And Just Like That premiere.

In the weeks following the S*x and the City revival’s December premiere, a number of women came forward to accuse the Good Wife alum of s*xual assault.

“She takes the power of being Carrie Bradshaw very seriously. With great power comes great responsibility and although SJP knows this is about him, not her, she feels like she has let everyone down,” the source says, adding that Parker had “no idea” about the alleged incidents and feels “blindsided” as she “still processes what has happened.”

Noth has denied all of the allegations, telling The Hollywood Reporter that he “did not cross” the line with the first two claimed victims, whom the outlet identified as Zoe and Lily in its initial bombshell report.

“The accusations against me made by individuals I met years, even decades, ago are categorically false,” Noth told Us via a statement at the time. “These stories could’ve been from 30 years ago or 30 days ago — no always means no — that is a line I did not cross.

The encounters were consensual. It’s difficult not to question the timing of these stories coming out. I don’t know for certain why they are surfacing now, but I do know this: I did not assault these women.”

Zoe Lister-Jones alleged the actor was improper with her on the set of Law and Order, in addition to two other women accusing him of sexual assault. A former stand-in on SATC described his behavior as “disgusting” while she was on the show.

Parker, along with costars Kristin Davis and Cynthia Nixon, issued a joint statement in the wake of the allegations.

“We are deeply saddened to hear the allegations against Chris Noth,” the three actresses wrote via Instagram Stories on December 20. “We support the women who have come forward and shared their painful experiences. We know it must be a very difficult thing to do and we commend them for it.”

As per Usmagazine, Noth’s talent agency has also dropped him, and he will no longer be a part of CBS’ The Equalizer.

If you or someone you know has been sexually assaulted, contact the National Sexual Assault Hotline at 1-800-656-HOPE (4673).