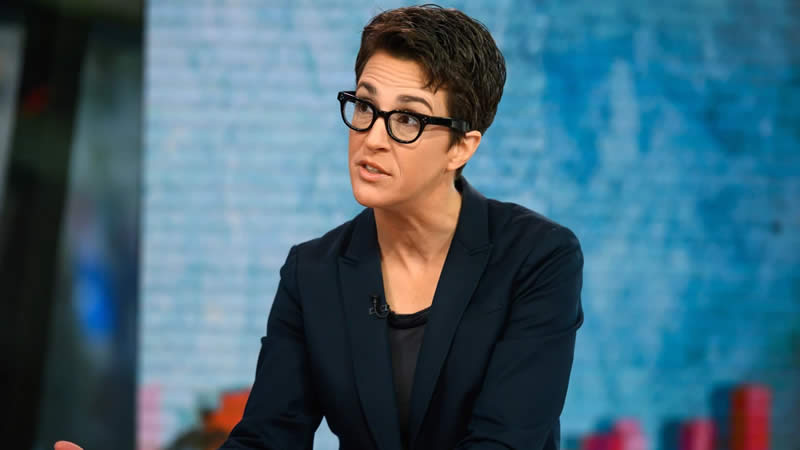 MSNBC news program host and liberal political commentator Rachel Maddow opened The Rachel Maddow Show on Wednesday by announcing that she was out on Monday and Tuesday due to an important health diagnosis.

Maddow explained that while she and her partner, Susan Mikula, were at a minor league baseball game, Mikula spotted a changed mole on Maddow’s neck. Soon after, Maddow questioned about the mole with her longtime hairdresser, who confirmed the same.

Maddow was quick to react and had cancer surgery on Friday, that’s why she was out and said she’s well for the time being.

“I had a few days off because I had surgery at NYU Langone on Friday. They’re fantastic. They got it, they got all of it,” Maddow said. “I’m good, I have clear margins and the whole thing. I now need to have everything checked, like every five minutes from here on out because I do not want to get this again.”

Maddow, who was having a barely noticeable bandage on her neck and face, said she feels great and will be Alright.

“I am going to be absolutely fine,” Maddow said. “I’m going to be totally fine, but that is why I have a band-aid. I actually have felt fine since I got the surgery on Friday, in terms of how I felt, and pain levels, and stuff. I could have come back right away. I could have been on the air Friday night. I didn’t do that because I didn’t want to weird you out because of the visual of me having the band-aid.”

Maddow also advised others to get examined because skin cancer is highly curable if diagnosed early enough.“Even the skin cancers that are the deadliest skin cancers in this country, those too are way more treatable than they used to be on one condition: That you get them early,” Maddow said. “Even the most worrying forms of skin cancer. If you identify it early enough, it is now quite treatable.”