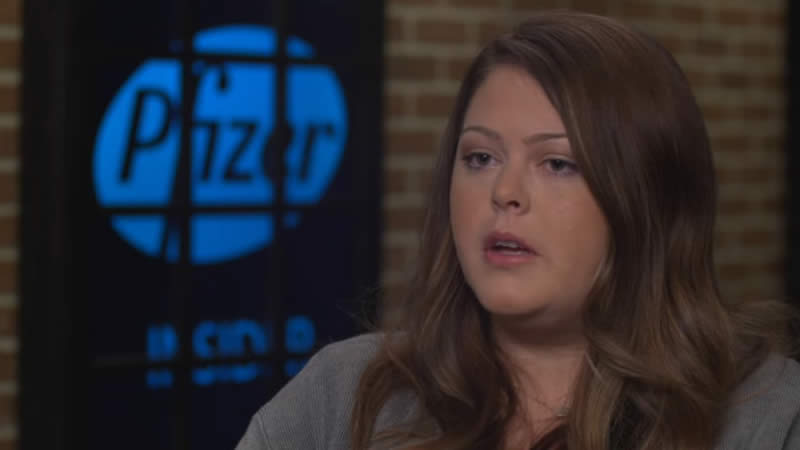 According to documents released by the watchdog group Project Veritas, top officials at Pfizer have been seeking to minimize the link between its corona vaccine and tissue derived from aborted babies, according to information released by a Pfizer employee.

Melissa Strickler, who introduced herself as an employee at the company’s McPherson, Kansas, plant in a Project Veritas video, came forward with the information.

However, he urged in an email that the link not be publicly disclosed.

“HEK293T cells, used for the IVE assay, are ultimately derived from an aborted fetus,” Dormitzer wrote. “On the other hand, the Vatican doctrinal committee has confirmed that they consider it acceptable for Pro-Life believers to be immunized. Pfizer’s official statement couches the answer well and is what should be provided in response to an outside inquiry.”

Strickler stated Project Veritas founder James O’Keefe in an interview that the initials at the start of that email stand for “human embryo kidney cells,” and the “293” refers to an experiment number.

Pfizer’s senior director of global research, Vanessa Gelman, indicated that the company wanted to make sure the issue was not discussed in public.

“From the perspective of corporate affairs, we want to avoid having the information on fetal cells floating out there,” Gelman wrote.

“We believe that the risk of communicating this right now outweighs any potential benefit we could see, particularly with general members of the public who may take this information and use it in ways we may not want out there. We have not received any questions from policymakers or media on this issue in the last few weeks, so we want to avoid raising this if possible,” she wrote.

“We have been trying as much as possible to not mention the fetal cell lines,” she wrote.

“One or more cell lines with an origin that can be traced back to human fetal tissue has been used in laboratory tests associated with the vaccine program,” she wrote

According to Strickler, the final connection between the vaccination currently in use and aborted fetal tissue is unclear.

“They’re being so deceptive in their emails, it’s almost like it is in the final vaccine. It just made me not trust it,” she said.

“I have no one else to turn to when my own company won’t be honest with me. What I was told to do was to trust Project Veritas and to go with you guys by lawmakers, by lawyers,” she said.

Strickler told O’Keefe she took a “mental health leave of absence” from Pfizer before going public because “I was sickened and traumatized from a lot of the things that I realized were going on.”

Bishop Kevin C. Rhoades of Fort Wayne-South Bend, chairman of the conference’s Committee on Doctrine, and Archbishop Joseph F. Naumann of Kansas City, chairman of the conference’s Committee on Pro-Life Activities, issued a joint statement on the website of the U.S. Conference of Catholic Bishops earlier this year, saying there were ethical questions about the Johnson & Johnson vaccine but clearing Pfizer as far as actual vaccine production.

“The approval of Johnson & Johnson’s COVID-19 vaccine for use in the United States again raises questions about the moral permissibility of using vaccines developed, tested, and/or produced with the help of abortion-derived cell lines,” the statement said.

“The Congregation for the Doctrine of the Faith has judged that ‘when ethically irreproachable Covid-19 vaccines are not available … it is morally acceptable to receive Covid-19 vaccines that have used cell lines from aborted fetuses in their research and production process,’” they wrote.

Strickler, who is still a Pfizer employee, told O’Keefe she was comfortable making a public stand.“I have faith that I’ll be protected, or whatever the outcome is is what it’s supposed to be,” she said.