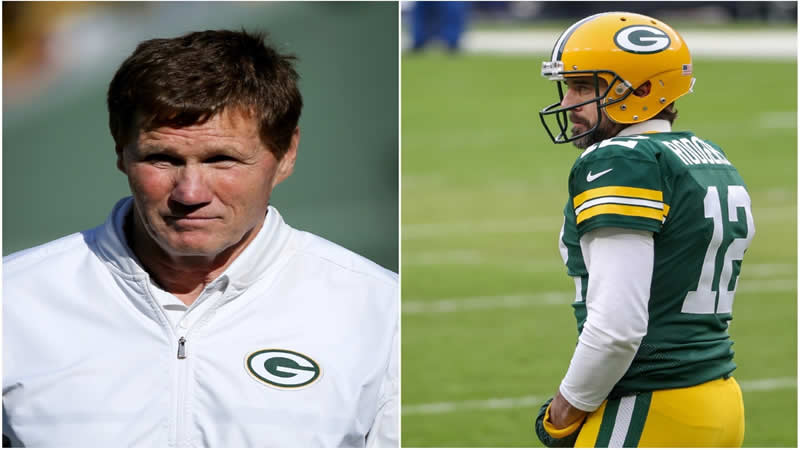 The Green Bay Packers will report to training camp in less than a month, and there’s no word on Aaron Rodgers being back with the team. Packers president Mark Murphy recently released his monthly column and made a surprising move to the Rodgers situation. In the column, Murphy doesn’t mention one word about Rodgers and him not wanting to return to the Packers. This comes one month after Murphy said the ordeal had divided the fan base.

One of the things Murphy did talk about was what’s coming up for Green Bay. The team will have Family Night on Aug. 4 and joint practices with the New York Jets on Aug. 16. The annual shareholders meeting is set for July 26, and the Packers are hoping they will know more about Rodgers’ future with the team.

One of the reasons Rodgers is upset with the team has to do with the contract. He has three years remaining on his deal and wants an extension. That could be challenging since the Packers drafted Jordan Love in the first round last year, and he’s expected to be the Packers’ new starting quarterback down the road. When talking to Kenny Mayne on SportsCenter in May, Rodgers clarifies his issues have nothing to do with Love.

“With my situation, look, it’s never been about the draft pick picking Jordan,” Rodgers told Mayne. “I love Jordan; he’s a great kid. [We’ve had] a lot of fun to work together. Love the coaching staff, love my teammates, love the fan base in Green Bay. An incredible 16 years. It’s just kind of about a philosophy and maybe forgetting that it is about the people that make the thing go. It’s about character; it’s about culture; it’s about doing things the right way.”

Murphy has talked about Rodgers in the previous two columns. In May, Murphy said the Packers are committed to the three-time NFL MVP for this year “and beyond.” He also mentioned that Rodgers and Green Bay issues have been going on for months, despite the report of him not wanting to return to the Packers was released in April. Rodgers has been with the Packers since 2005 but became the starting quarterback in 2008. Along with winning three MVPs, Rodgers led the Packers to a Super Bowl win in 2010.