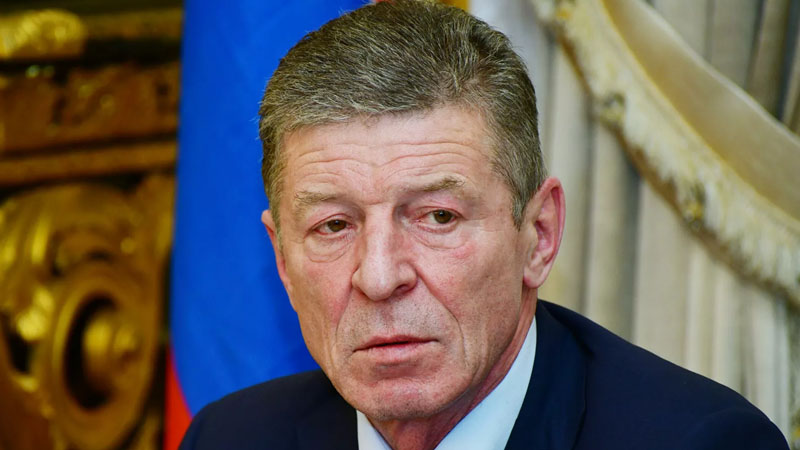 Kremlin Deputy Chief of Staff Dmitry Kozak said on Wednesday that during the meeting of Normandy format political advisers in Paris, the parties made an inventory of the problems related to the Minsk agreements on the settlement in eastern Ukraine, and agreed that the truce in Donbas must be observed unconditionally.

“In general, the first, perhaps, rather frank conversation to take inventory of all the problems that are associated with the implementation of the Minsk agreements and the settlement of the conflict,” Kozak said at a press conference following the meeting.

“We agreed that regardless of the discrepancies on the Minsk agreements that exist between Ukraine, representatives of certain regions of the Donetsk and Luhansk regions, the truce must be observed unconditionally, and the agreement that was signed on July 22, 2020, must be implemented both in letter and in spirit,” he said.

In addition, Kozak said that the political advisers did not discuss the organization of a summit of the heads of state at the meeting in Paris.

He noted that at the last meeting of advisers to the Normandy Four leaders, which was held in September via video link, “these contradictions were revealed.”

Parties Failed to Agree on Proposals from Donetsk, Luhansk

Written proposals from the unrecognized Donetsk and Luhansk people’s republics (DPR and LPR) remain without any response from Kyiv, it was not possible to agree on this issue, and the negotiators asked for a two-week pause, according to the Kremlin Deputy Chief of Staff.

“Today [was more about] reacting to the numerous written proposals that Donbas submitted to the Contact Group, either a positive or a negative answer. Unfortunately, we did not agree on this issue either. For this, they also asked for a two-week pause. Unfortunately, all the proposals on humanitarian, political, security issues remain without reaction,” Kozak said.

He added that the political advisers of the Normandy format countries agreed to hold another meeting in two weeks in Berlin.

“[We agreed] to hold additional intrastate consultations — both for Ukraine and other representatives of the Normandy format — in order to meet in Berlin in two weeks and try to find solutions to all those problems that have not been resolved for seven years,” Kozak explained.

At the same time, Ukraine has not shared its own vision of the future political conditions for resolving the conflict, Kozak noted.

“Let’s hope that in these two weeks our colleagues understood all our arguments — both Germany and France, and the representatives of Ukraine who were present at the talks — understood that without this we will not move anywhere,” he added.

“The colleagues agreed that it is still necessary to take a break, think and go out to discuss and resolve all these contradictions that exist today, and, unfortunately, there are many of them. We hope that the results of this agreement will be materialized in specific decisions in two weeks. We will bring our positions closer in order to come out with a common position, with some recommendations to the Minsk negotiation process, so that Ukraine, Donbas, the OSCE have specific recommendations on resolving the conflict,” Kozak told reporters.

“Come to Berlin, maybe we will be more constructive in the Normandy Format and we will have something to answer. Because today there is nothing to brag about: no matter how much we would like us to move forward, but the progress is virtually zero so far,” he told journalists.

In early January, Bonn and Plötner visited Moscow, where they met with Kozak, after which French and German officials went to Kiev and negotiated with Yermak. The last time the Normandy Format advisors met was in September last year via video link. The consultations at that time also ended with no results.

The so-called “Normandy Format” of negotiations on Ukraine has existed since June 2014. Then, during the celebration of the 70th anniversary of the Allied landing in Normandy, the leaders of Germany, Russia, Ukraine and France discussed the settlement of the conflict in Donbas for the first time. The previous summit was held in Paris on December 9, 2019. Recently, the parties at various levels have been discussing the prospects for interaction in this format.

In April 2014, the Ukrainian authorities launched a military operation against the self-proclaimed DPR and LPR, which declared independence after the coup d’état in Kiev in February 2014. According to the latest UN data, the estimated total number of victims associated with the conflict stands at about 13,000.

However, despite the ceasefire agreements, skirmishes continue, with the DPR reporting shelling of residential areas by Ukrainian heavy artillery on numerous occasions. Moscow has repeatedly stated that Kiev is not complying with the Minsk agreements and is dragging out negotiations aimed at resolving the conflict.