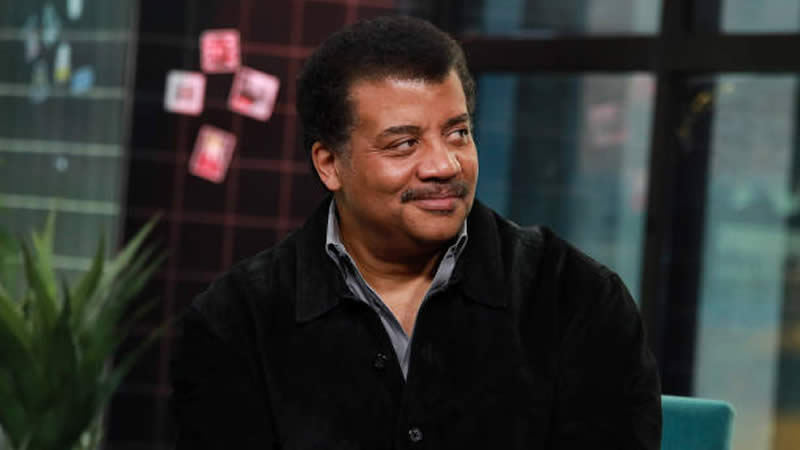 Neil deGrasse Tyson always seemed to have an opinion about something. He should, given that he is the most well-known astrophysicist on the planet.

He has a Bachelor of Arts in Physics from Harvard and a Ph.D. in Astrophysics from Columbia, and has appeared on numerous television shows.

Tyson went on “The Late Show with Stephen Colbert” in March 2021 to promote his new book, “Cosmic Queries: StarTalk’s Guide to Who We Are, How We Got Here, and Where We’re Going,” which was released in March 2021.

The book concentrates on the most fundamental concerns concerning the universe and our place within it. Tyson and Colbert began their talk by contemplating how it will all end — “all” being the universe.

Tyson agrees when Colbert interrupts and asks him to explain how the Earth will end in one simple line. The sun, according to the renowned astrophysicist, will eventually expand, causing the oceans to boil and vanish into space.

The planet will become a burning husk drawn to the surface of the sun. So, buy stock in sunscreen.

But this seemed to bore Tyson, who claims that scientists already know how the Earth ends. The bigger questions keep him awake at night, such as how the universe will end.

The “Big Rip” theory, according to Tyson, is based on cosmic expansion, which states that the universe continues to expand after the “Big Bang,” while all energy and matter within it remains constant. The density of all that energy and
stuff must thin as the universe expands.

Scientists don’t know why it’s happening, but they do know dark energy is to blame, and it’s measurable, according to Tyson.

The pace of expansion will soon exceed the gravitational forces that hold things together, even surpassing the chemical connections that hold human bodies together.

Those forces will get more powerful as the universe expands because more vacuum is created as it gets bigger.

As per Slashgear, this dynamic will continue until it “rips” or separates our molecules and atoms apart, including the very fabric of space and time.

During the same interview, Tyson briefly discusses the baffling subject of the multiverse and the possibility of layers of them stacked on top of each other. Because the existence of a single multiverse, let alone layers of them, isn’t a complicated enough topic.