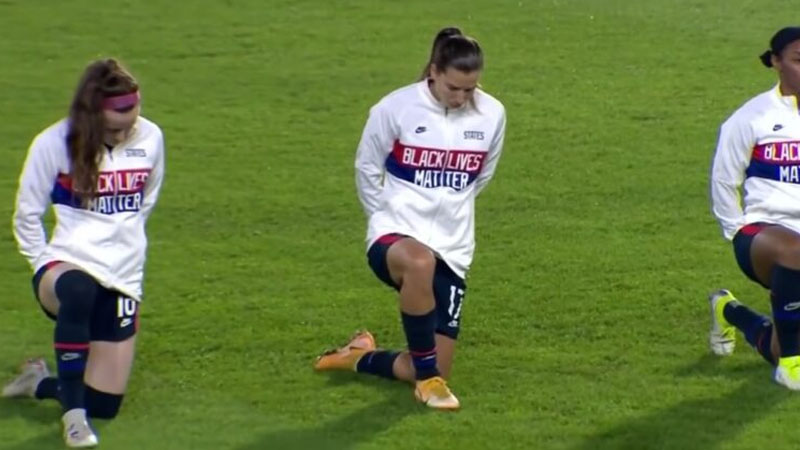 NBC suffered such a big drop-off in viewers for the “woke” Tokyo Olympic Games that the network has opted to grant advertisers additional spots to make up for it, according to reports Sunday.

The network admitted to “underwhelming ratings” amid advertiser concerns after several factors, including so-called “woke” anti-American demonstrations, were blamed for some of the lowest viewership since 1988.

“NBC’s primetime coverage of the Tokyo Olympics on July 26 averaged 14.7 million viewers — for a 49% drop compared to the equivalent night from the 2016 Rio de Janeiro Games and 53% less than the 2012 London Olympics,” Fox News reported.

“The opening ceremonies saw their lowest viewership since 1988,” the outlet added.

Aside from politics, the ongoing COVID-19 pandemic, unfilled event locations, and other causes are thought to have contributed to the overall lower audience.

“The delay from last year and lack of spectators have taken the edge off the typical anticipation and excitement for this event. But the emergence of Black Lives Matter in the sports world has also led to a backlash among some Americans,” Murray added.

According to the Daily Mail, some athletes, many of whom are from the United States, protested by kneeling or engaging in demonstrations during the playing of the National Anthem.

However, not all U.S. athletes acted in this manner. Some people displayed significant displays of pride following their victory. Tamyra Mensah-Stock wrapped herself in the American flag after becoming the first black U.S. Olympic female wrestler to win a gold medal.

“I love representing the U.S., I freaking love living here,” she exclaimed.

And NBA great Kevin Durant told one American media critic who came down on the U.S. Men’s Basketball squad after some early losses in trials to “act like you’re American.”

“But images of other athletes protesting the flag and the anthem haven’t helped bring back alienated viewers,” Fox News added, noting that more than half of Republicans who said they were never interested in watching the games said so because of what they viewed as anti-American political statements and protests.

According to Smart Zune, meanwhile, the same number of Democrats blamed the pandemic, small crowd sizes, and less competition.

“The people we sent over aren’t representing the country,” said a Maryland man, identified as an independent in his 40s, told the pollsters. “They’re kneeling at the flag.”

“I don’t want to see virtue signaling,” a 45-year-old New Jersey woman, who also identified as an independent, said. “Be a proud American.”

Advertisers were likewise dissatisfied with the sharp drop in viewership, prompting NBC to give them more advertising space – the source says.

“When you look at the numbers, it’s hard to be pleased with them,” noted Andy Billings, director of the sports communications program at the University of Alabama, according to the AP.

There Will Be ‘A Flood’ of New COVID Vaccine Mandates: Dr. Fauci Says