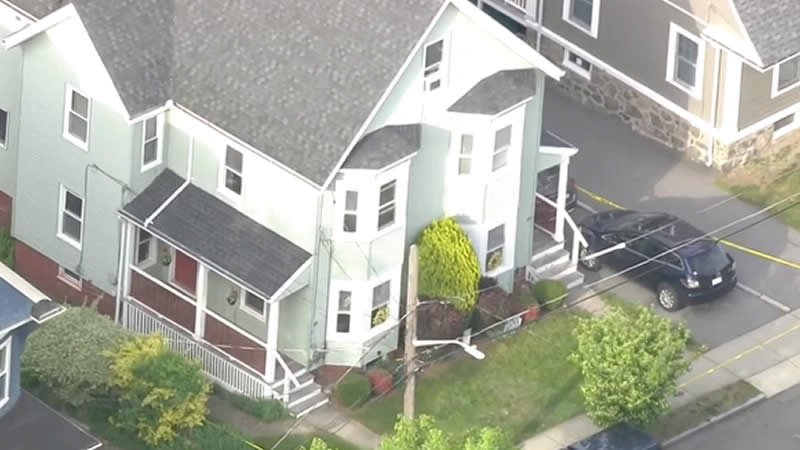 61-year-old Barbara Novaes’ body was found by police at her Medford home Monday morning after her family reported her missing. The death is being examined as a “suspicious death,” according to Middlesex District Attorney Marian Ryan.

The home on Emery Street is close to the Tufts University campus.

Novaes’ son, according to Ryan, called the police around 6:40 a.m. Monday to say he couldn’t find her. He informed officers that he last saw her at her home at 4:30 p.m. on Sunday and that she had left the house to go to a nail appointment at the time.

“He reported that when he woke up this morning, the front door of the home was standing open. And he had seen that his mother’s car was still there,” Ryan said. “He said he had also located his mother’s car keys, her phone, and her purse.”

A police officer discovered the body inside a recycling container in the enclosed area under the porch around 8:30 a.m., according to Ryan.

“It’s pretty startling, and it’s sad,” said neighbor Leslie Kramer. “Because you don’t know if there are all kinds of mysteries, all kinds of questions.”

According to the DA, there were no obvious signs of trauma, and an autopsy is scheduled for Tuesday. Novaes was an active member of Grace Church in Medford, according to Medford Mayor Breanna Lungo-Koehn.

Novaes, according to her neighbors, sat on her porch with her dog and was quite nice.

As per wcvb, police went door-to-door Monday night to ask if anyone had seen anything or had surveillance video.

“I moved to this area specifically because it is very safe. So it is a bit shocking,” said neighbor Aubrey Vannasse.

For the next few days, officers will continue to be in the area to continue their investigation.

1/6 Defendant Begs For Leniency, Claiming That Supporting Trump Was a Bad Decision