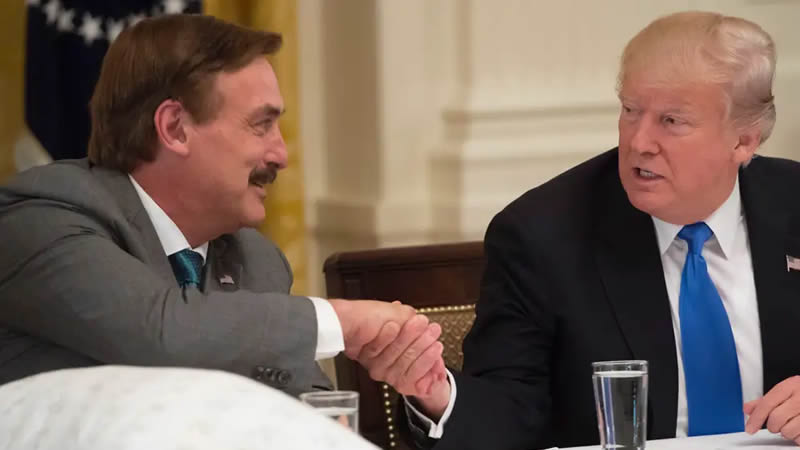 Mike Lindell, the founder of My Pillow, missed his Thanksgiving deadline to file a 2020 election challenge complaint with the Supreme Court.

Lindell, a fervent supporter of former President Donald Trump, has been a leading proponent of the unfounded conspiracy theory that the 2020 election was “rigged” or “stolen” in favor of Vice President Joe Biden. Despite Trump and Lindell’s continued promotion of the accusation, their so-called “evidence” has been repeatedly dismissed and disproved.

For weeks, the pro-Trump millionaire pledged that by Thanksgiving, he will file a case directly with the Supreme Court disputing the 2020 election results. He promised to secure the support of a number of state attorneys general, but that support never materialized, and the much-touted Supreme Court lawsuit was never filed.

“We will have this before the Supreme Court before Thanksgiving,” Lindell promised in September during an episode of former Trump administration official Steve Bannon’s War Room podcast. “That’s my promise to the people of this country.”

Lindell did make a copy of his complaint public on Tuesday, which he plans to submit with the Supreme Court. “We are in unchartered [sic] territory as a Nation. The November 2020 election was stolen,” the complaint alleges before going on to lay out a series of debunked and discredited conspiracy theories and dubious claims. It focuses on key battleground states such as Arizona, Georgia, and Pennsylvania.

Lindell claimed this week that the Republican National Committee (RNC) is attempting to prevent his lawsuit from proceeding. The My Pillow inventor took aim at RNC head Ronna McDaniel and the GOP during a Monday live stream on his website Frank Speech.

“We believe that they [the RNC] have reached out to multiple [attorneys general] and put pressure on them, not to sign the Supreme Court complaint,” Lindell said.

“How dare the RNC try and stop this case from getting to the Supreme Court. Shame on you, RNC! You are worse than Fox now,” he added.

The RNC was contacted for comment by Newsweek, but no response was received right away.

Lindell, who continues to advertise My Pillow products on Fox News, has repeatedly attacked the conservative network for declining to promote his baseless claims. After stating that Fox News was “controlled opposition” during his live stream last Friday, the Trump supporter staged a tiny protest outside the network’s headquarters in Manhattan, New York this week.

Speaking to Bannon’s podcast again on Wednesday, Lindell described Fox News as the “biggest election deflection ever.” He said it’s “disgusting what Fox has done,” lamenting that the network doesn’t “talk about the election of 2020.” The My Pillow founder suggested that his Supreme Court lawsuit could still move forward, urging listeners to contact their states’ attorneys general.

As per Pressfrom, regardless of Lindell’s claims, state and federal courts have previously dismissed more than 60 election challenge lawsuits.

The charges have been dismissed by judges selected by Trump and other Republicans. Meanwhile, state-by-state recounts and audits have consistently reaffirmed the 2020 election results.

Former Attorney General William Barr, widely regarded as one of Trump’s most loyal Cabinet members, claimed in December that there was “no evidence” of voter fraud that would change the election’s outcome. Last year, The Cybersecurity and Infrastructure Security Agency at the Department of Homeland Security asserted the 2020 election to be the “most secure in American history.” At the time, that federal agency was led by a Trump appointee.