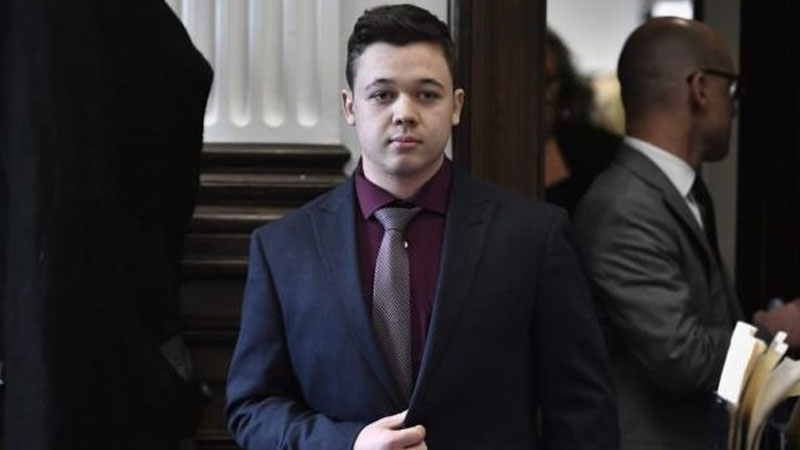 The man who bought then-17-year-old Kyle Rittenhouse an assault-style rifle will avoid potential convictions on two felonies after agreeing to plead no contest to a non-criminal charge of contributing to the delinquency of a minor.

According to the Milwaukee Journal Sentinel, Dominick Black, 20, was charged in November 2020 with two counts of delivering a dangerous weapon to a minor, resulting in death. The charges related to the deaths of Joseph Rosenbaum and Anthony Huber, the protesters Rittenhouse fatally shot the night of Aug. 25, 2020, in Kenosha, Wisconsin.

Rittenhouse, who stood trial on first-degree intentional homicide and first-degree reckless homicide charges, was found not guilty on all counts on Nov. 19, 2021.

According to the St. Paul Pioneer Press, Black was 18 when he purchased the rifle for Rittenhouse, who was too young to legally purchase the weapon at that time.

Assistant District Attorney Thomas Binger on Friday filed the proposed plea agreement, suggesting that Black plead no contest to a pair of citations and pay a $2,000 fine in exchange for having the felony counts dismissed, the newspaper reported.

A hearing is scheduled Monday morning during which Judge Bruce Schroeder could accept the plea deal, reject it, or dismiss Black’s original felony counts based on his ruling during Rittenhouse’s trial that the defendant lawfully possessed a firearm as a minor, the Journal Sentinel reported.

People are receiving unapproved extra COVID-19 vaccine doses. Is it a problem?