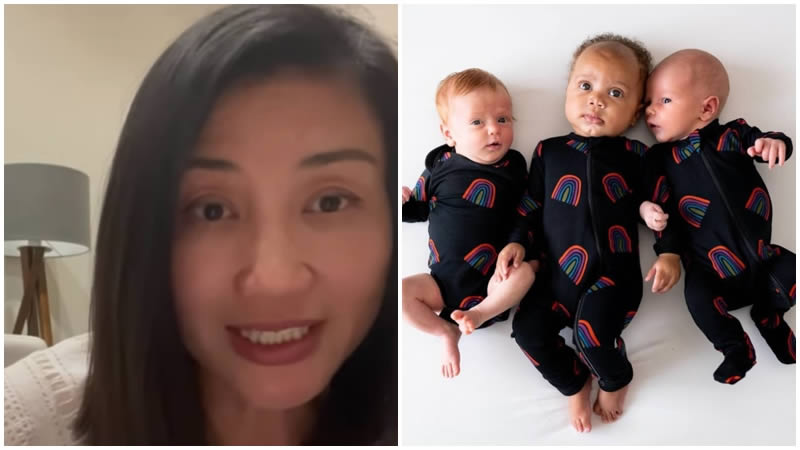 Kyte Baby has posted a public apology on TikTok after an employee landed them in hot water this week.

Kyte Baby has developed a large social media presence, with 555,000 followers on Instagram and 46,000 on TikTok.

Recently, the brand, which was founded by Ying Liu, was slammed over something one of its TikTok employees posted.

Ying Liu from Kyte Baby took to TikTok on Wednesday (November 24th) to apologize for some recent drama.

“Hey guys, it’s Ying the owner of Kyte Baby here. I just wanted to hop on to tell you that today I discovered that one of our TikTok employees didn’t reflect the value of this company and I truly want to apologize to you for this oversight,” she said.

She continued: “As a woman of color, I’ve always strongly believed in inclusivity and diversity and these are the values that Kyte Baby has always stood for. So again, I apologize for the pain that this may have caused.”

Ying then went on to apologize for the fact that an “incorrectly sized sleep bag” was used in one of the videos and said: “I want to ensure you that sleep safety is of the utmost importance to Kyte Baby.”

“In the future, we will pay a lot more attention to the products that are used in any partnership and any social media video and we will also do a lot more due diligence before we partner with anyone,” she added.

She then revealed that they have decided to “discontinue our professional relationship with this individual,” meaning that the individual no longer works for the company.

It is understood that the TikTok employee who worked for Kyte Baby, McCall Deason, posted a video that was slammed on TikTok.

In the clip, she used the wrong-sized sleep sack on her baby, which many deemed unsafe.

She then posted a video on the Kyte Baby TikTok apologizing for doing so.

Following that, people uncovered one of her old tweets in which she said that black girls have an attitude because they don’t have fathers.

Many of Kyte Baby’s followers deemed this ‘racist’, offensive and unacceptable.