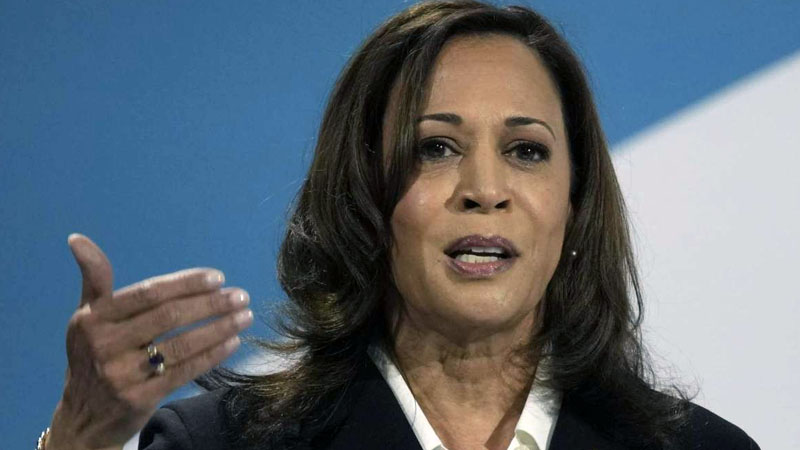 During an appearance on a Sunday morning talk program, Vice President Kamala Harris came under fire again this week for not being able to answer a question on how the Biden administration intended to combat inflation, said Fox News.

On CBS’s “Face the Nation,” Harris gave a rambling, unprepared response when questioned about the strategy for inflation in the third year of the epidemic.

“Short-term solution includes what we need to do around the supply chain, right? So, we went to the ports of Los Angeles, Long Beach, Savannah, Georgia, and said, ‘Hey, guys, no more five days a week, eight hours a day; 24/7, let’s move the products because people need their product – they need what they need,’” Harris babbled. “We’re dealing with it in terms of the long term. And that’s about what we need to do to pass Build Back Better. It strengthens our economy.”

Harris had previously been criticized even by media outlets sympathetic to liberals for being unprepared for basic questions.

The New York Times reported that while touring Texas as the face of the Biden team at the border while the immigration crisis raged, Harris had no answers.

“But for all of the questions she took from reporters, immigration advocates and even a group of detained migrant children — whom she met behind closed doors — the vice president had few answers,” said the NYT.

The Washington Post published a feature story in early December about the “exodus” of Harris staffers, claiming that one of Harris’s long-standing complaints is that she won’t do the work necessary to prepare.

“Staffers who worked for Harris before she was vice president said one consistent problem was that Harris would refuse to wade into briefing materials prepared by staff members, then berate employees when she appeared unprepared,” said the Post.

In July, a survey of voters found that the majority of people thought Harris was unprepared to be president if she succeeded Biden.

“A survey administered by Convention of States Action and the Trafalgar Group found 58.6% of respondents said they were ‘not confident at all that Harris, who would succeed President Joe Biden if he were to vacate office, is ready to be president,” said the Washington Examiner.

You Could Be On Eligible List For $1,400 Stimulus Check, Which Will Be Issued In January