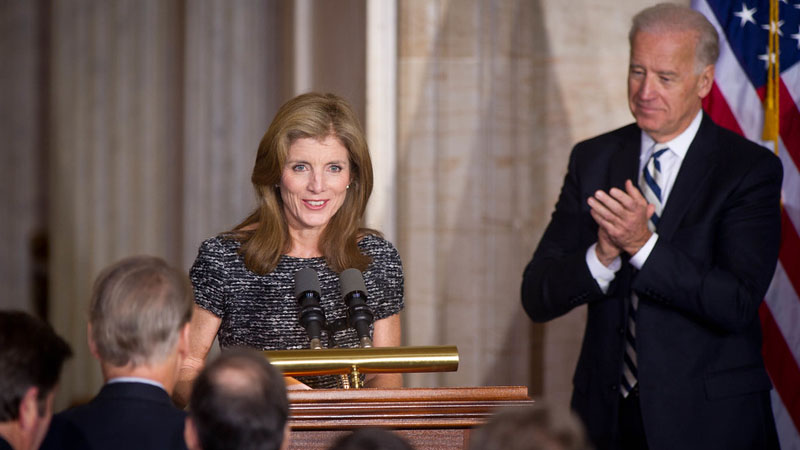 President Joe Biden on Wednesday named Caroline Kennedy as the US ambassador to Australia, giving a new public role to the once reticent scion of the celebrated political dynasty.

John F. Kennedy’s sole surviving child, who will need Senate confirmation, previously served as ambassador to Japan under president Barack Obama from 2013 to 2017.

The nomination, which had long been rumored, comes nearly a year into Biden’s presidency as many of his other diplomatic nominations have been delayed by his Republican rivals.

Australia and Japan are among the closest US allies, with US ambassadors historically enjoying warm welcomes. In Australia, much like in Japan, Kennedy will seek to bolster US relationships as tensions rise sharply with a growing China.

Biden in September announced a new three-way alliance with Australia and Britain in which Australia is on track to obtain US nuclear-powered submarines, seen as a clear signal as Beijing asserts itself in the region.

Kennedy, just a week into the job in Tokyo, won praise from the Japanese establishment by issuing a stern rebuke to Beijing for declaring an air zone in the East China Sea that covered Japanese-administered islands.

She also won a following in the public by immediately heading to northern areas ravaged by the 2011 tsunami.

The former first daughter, 64, had brushed aside decades of calls within her Democratic Party to run for office, preferring a quieter life that included writing about civil liberties and working at New York’s Metropolitan Museum of Art.

But she shot back into prominence as a forceful advocate for Obama during the 2008 election, describing the future first Black president — under whom Biden served as vice president — as an inspirational figure that reminded her of her father.

After leaving Japan, Kennedy said that her famous name helped her in building connections in Japan.

“I had an outpouring of public curiosity and goodwill from the normally reserved Japanese people,” she said in a 2018 appearance at Harvard University.

“That confirmed my hunch that my gender and my name would allow me to connect with them in ways that for other ambassadors would have taken longer,” she said.

“I realized that in that male-dominated society, half the population had never felt there was an ambassador for them.”

Kennedy was three years old when her father entered the White House in 1961 and, along with her younger brother John Jr., charmed the public, with Neil Diamond later inspired by her to write the song “Sweet Caroline.”

After her father and uncle were assassinated, her brother died in a plane crash in 1999, reinforcing impressions of a curse hovering over the family.

After leaving Tokyo following Donald Trump’s election, Kennedy served for three years on the board of Boeing, the air giant that is heavily invested in Japan.

The US ambassador position remains open not only in Australia but in Japan, where Biden’s choice, former Chicago mayor Rahm Emanuel, has faced opposition in part due to his record on police violence.

Biden has nominated a number of high-profile ambassadors including former senator Jeff Flake for Turkey and, also on Wednesday, figure skater Michelle Kwan for Belize.

Calls Grow for Ivanka’s Jan. 6 Texts to Be Released after Lindsey Graham Reveals She Was Trump’s Conduit

Biden teases rematch with Donald Trump. ‘Why would I not?’