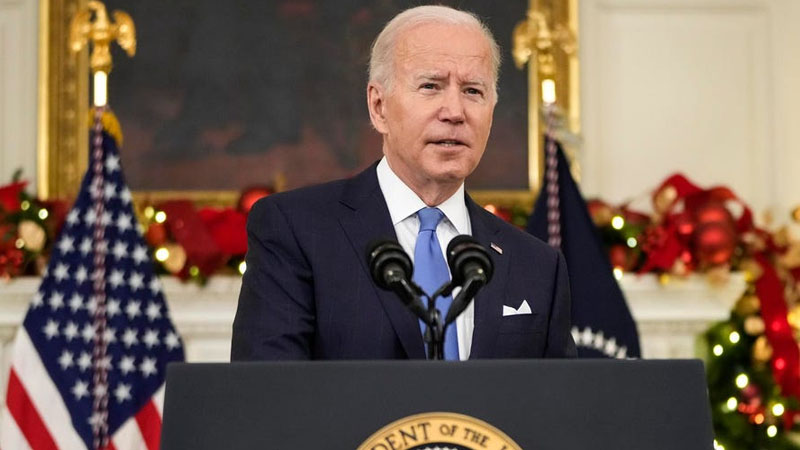 Confusing former British Prime Minister Theresa May with Margaret Thatcher, telling a paraplegic to stand up, and calling his election rival Donald Trump by the wrong name twice – it seems that if people were awarded trophies for making gaffes, Joe Biden would be crowned the all-time champion.

The United States appears to have invented “time travel” or at least that is what US President Joe Biden seemed to hint at during a coronavirus briefing in the White House on Tuesday. During the meeting, the Democrat called on members of the public to get vaccinated and wear masks as infection rates have drastically increased in the United States, before erroneously mentioning the wrong year.

“There’s a lot of reason to be hopeful in 2020. But for God’s sake, please take advantage of what is available”, Biden said.

A video of the president’s gaffe later went viral on social media and sparked a wave of sarcastic comments.

Many users apparently have lost faith in the government.

Others were excited about the invention of “time travel”, but not too excited to go back to 2020.

Joe Biden is famous for making gaffes over the course of his career. Mixing up countries, confusing or forgetting the names of world leaders, and even the names of members of his own administration, are just a drop in the bucket of errors the politician has made.

In September of 2020, Biden claimed that 200 million people had died from COVID-19 – at the time of his speech, the global death toll stood at over 900,000. He twice called second-in-command Kamala Harris president and said that he got into the upper chamber of the US Congress 180 years ago and promised to put “720 million” US women back into the workforce when the entire population of the United States is only 329 million.

As awkward as they may seem, these gaffes pale in comparison to the one the Democrat made when he asked the late Chuck Graham to stand up during a rally, forgetting that Graham had been a paraplegic since the age of 16.

Biden’s numerous gaffes have prompted criticism from Republicans, who have repeatedly argued that the mistakes are a sign of health problems, suggesting the Democrat, who is the oldest president in the history of the United States, is not mentally fit to run the country.

The White House has dismissed the allegations, with the medical checkup Biden underwent in late 2021 showing that he is fit for office. The 79-year-old said he plans to run for re-election in 2024.

Donald Trump, Bill O’Reilly will be at Amway Center for ‘The History Tour’ on Sunday