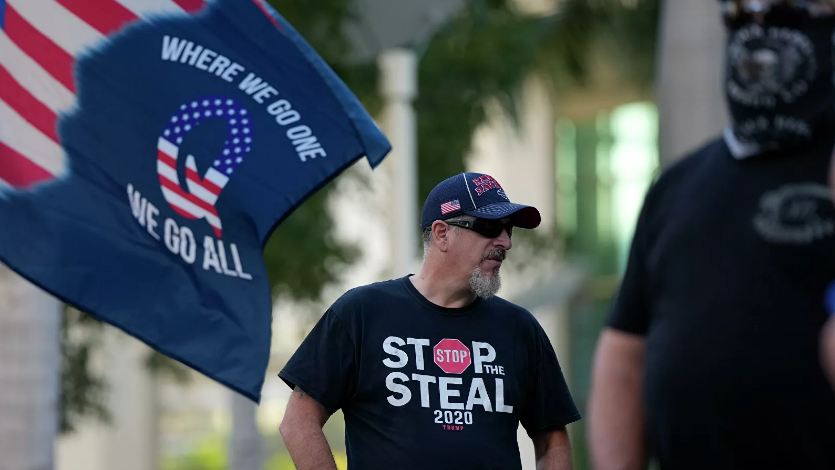 Barrington M. Salmon – The storming of the US Capitol by a violent mob last January exposed how susceptible Americans are to disinformation, in addition to shining a light on the weaknesses of the electoral system, two former US Attorneys told Sputnik.

Earlier in the day, President Joe Biden in his speech commemorating the one-year anniversary of the Capitol attack condemned former President Donald Trump for “spreading a web of lies” about the 2020 election being stolen. Biden also called the storming of the Capitol an “armed insurrection.”

“January 6 showed that there are a lot of people susceptible to misinformation. There are so many social media platforms spreading this,” former Assistant US Attorney for the District of Columbia Kami Chavis said.

Chavis, who is also director of the Criminal Justice Program at Wake Forest University School of Law, citing recent polling, said a large percentage of Republicans believe Biden was not legitimately elected.

“With January 6, can it happen again? Absolutely,” Chavis said.

Former US Assistant State Attorney in Broward County, Florida, David Cannady, said the US is still “very vulnerable,” even without Trump at the forefront, but does not believe January 6 was a dry run for 2024.

“I don’t think they laid the seeds for another insurrection. I think something can happen but not that,” Cannady said. “I relate it to Bin Laden in 9/11. They’re not going to do the same things again, but they will do something. Donald Trump is currently on a tour with Bill O’Reilly stoking the fire for the next thing.”

What concerned Americans should be watching, Cannady said, are the ways in which the Republican Party is institutionalizing voter suppression, the erasure of votes of Black and brown voters, Native Americans, Asians, and young people who are likely to vote Democratic and using institutions like the courts to cement their power.

“The Ku Klux Klan is big in the South and in Maryland. They took off their hoods and put on suits. They institutionalized it,” Cannady said. “Now, Republicans are putting political supporters in place to implement voter suppression, for example. That’s where our vulnerability is. And Biden is not doing what he needs to do to effectively combat this.”

“It comes from people’s inability to be critical thinkers. Some people actually believe that the vote was stolen,” Smith said. “It shows a low level of intelligence and ease with which some people can be manipulated by the media.”

Smith said anti-government sentiment, racial animus, and the decision by Republicans in Congress and public officials in the states to use the so-called “Big Lie” to cement political control is what is driving the party at the moment.

“If you look at and focus on what happened, you see America’s inability to confront the truth,” Smith said.

Smith lamented the erasure of subjects and programs that would enhance critical thinking.

“It’s a civil war, a fight for the soul of the country. It’s like cancer. The disease stays dormant for a while and then comes back more aggressively than before. When you are unaware or ignore the signs, cancer will take you,” Smith added. “The republic is weak now; we’re very vulnerable and the fact that Trump is contemplating another run shows the idiocy of this country. The country is sick and more vulnerable than ever before.”

Renowned musician, composer, and writer Aurora Flores told Sputnik she remains deeply concerned that the US will see a reoccurrence of this type of violence. Flores, a two-time Emmy Award winner, said America’s standing globally has been damaged by the coup attempt and the continuing attempts by Republicans and white nationalist extremists to undermine or overthrow the US government.

She said it is mind-boggling and deeply infuriating that the participants who committed these acts have gotten incredibly light sentences. Flores also said there is no doubt the situation would have been different if the rioters were not white.

“If this was Black people or Latinos, it would have been a bloodbath on those steps. But the rioters walked in after police opened the doors there,” she said.

The rioters, she added, carried mace, were fully armed and wore uniforms.“Everyone will end up killing each other,” Flores warned. “I am very, very sad at what’s happening but most of all, I’m really terrified.”

Cyprus discovers a Covid variant that combines omicron and delta