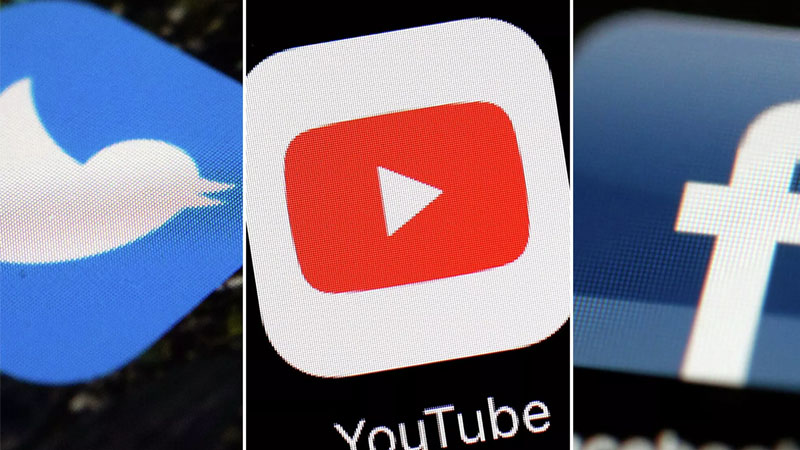 Back in August, the House Select Committee to Investigate the January 6th Attack on the United States Capitol contacted a slew of websites and social media platforms—including Google, Facebook, Reddit, and Tik Tok—demanding a trove of records that date back to the spring of 2020 and, in part, relate to “efforts to overturn the 2020 election”

The 9-member panel, led by Rep. Bennie Thompson, confirmed in a Thursday memo that it had issued subpoenas to Reddit, Meta, Twitter, and Google parent company Alphabet after receiving “inadequate responses to prior requests for information.”

Chairman Thompson asserted that the aforementioned social media companies have access to information that could assist in making sense of how the spread of misinformation and violent extremism contributed to the deadly storming of the US Capitol building on January 6, 2021.

“It’s disappointing that after months of engagement, we still do not have the documents and information necessary to answer those basic questions,” Thompson said in a quoted statement.

“We cannot allow our important work to be delayed any further,” he said.

The House Select Committee believes Alphabet, the parent company of Google and its subsidiary, YouTube, has “significant undisclosed information that is critical” to the panel’s probe, according to a memo accompanying the subpoena.

“Alphabet has not demonstrated a commitment to voluntarily and expeditiously producing the information critical to the Select Committee’s investigation,” the memo read.

The panel is particularly interested in how Alphabet “developed, implemented, and reviewed” its platforms’ content moderation, algorithmic promotion, demonetization, and other company policies “that may have affected the January 6, 2021 events.”

Alphabet has also been tapped to produce documents on YouTube’s policy decisions around the time of the insurrection.

In a letter to Mark Zuckerberg, chief executive officer of Facebook parent company Meta Platforms Inc., the House Select Committee detailed that “the largest social media company in the world” failed to provide the panel with critical company analyses that examined “misinformation, disinformation, and misinformation relating to the 2020 election” and efforts to overturn its results.

Thompson’s letter details that the subpoena was issued due to the committee’s belief that the company has been dragging its feet—especially after the company’s inner workings were exposed by leaks from Facebook whistleblower Frances Haugen.

The House Select Committee stressed to Twitter that, in 2021, then-CEO Jack Dorsey proclaimed under congressional testimony that the company’s social media platform aided in the spread of misinformation on the 2020 election, as well as the planning of the deadly January 6 riot.

“Twitter has failed to produce any documents that fully explain either its decision to suspend President Trump’s account on January 8, 2021,” the memo claimed.

The panel also noted that, since August 26, Twitter has yet to produce information on the reprimands handed down to those using the platform to “plan or incite violence on January 6th.”

The panel highlighted that the social news aggregator hosted “r/The_Donald,” a subreddit that gained popularity until most of the community migrated to Donald. win, a website, around mid-2020. That same subreddit underwent restrictions before it was ultimately shut down on June 29, 2020, the panel noted. Another subreddit “r/donaldtrump” also rose to prominence up until it was shut down on January 8, 2021, for violating rules regarding “violent content.”

[T]o date Reddit still has not committed to a thorough review of its records for documents relevant to the Select Committee’s investigation and has refused to produce internal documents to support its conclusory public statements that Reddit played no role on January 6th,” reads the memo.

Steve Harvey Discloses Just days before his death, Bob Saget emailed him, ‘It Was Hard’