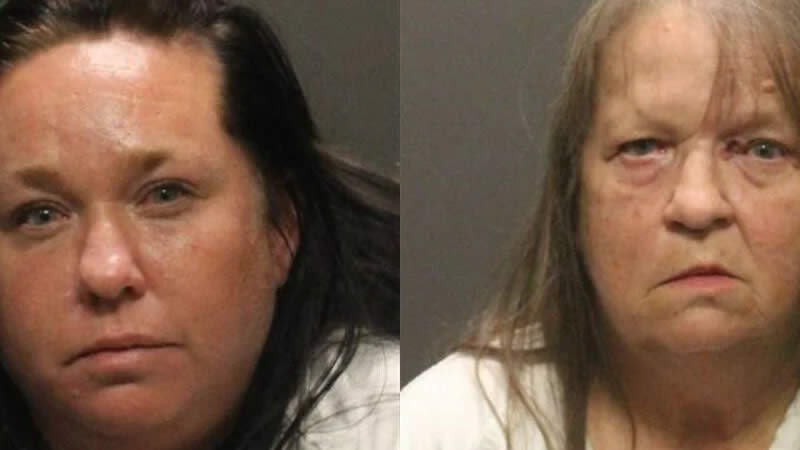 Two Arizona women have been charged with first-degree murder in the death of a 9-year-old girl. They were originally charged with child abuse.

According to KOLD-TV in Tucson, the unidentified girl died on March 22.

Sandra Kraykovich, 38, and her grandmother, Elizabeth Kraykovich, 64, both Tucson residents, were first charged with felony child abuse based on the conditions in which she was found, before an autopsy was performed or the investigation was completed, according to KOLD.

According to KGUN-TV, the accusations against them were upgraded to murder last week.

The girl’s autopsy revealed evidence of malnutrition, fatty liver disease, and heart problems. Her name has not been released.

“There is a cause of death. The manner is undetermined,” said Pima County Medical Examiner Dr. Hess, according to KGUN-TV. “She died from anemia from untreated lice infestation with malnutrition as a contributing factor. That’s the cause.”

Authorities uncovered a line of text exchanges that showed the girl’s mother and grandmother were aware of her condition as early as March 8, according to KOLD.

According to the station, the girl’s grandmother, Elizabeth Kraykovich, texted the girl’s mother, Sandra Kraykovich, accusing her of being more concerned with her boyfriend than with her children.

According to KOLD, Sandra Kraykovich texted on March 14 and 15 that she considered taking the child to the emergency room but did not.

On March 21, the station reported, Elizabeth Kraykovich texted Sandra Kraykovich that the girl “can’t go to the ER with her hair but that’s left up to me cause your not home,” a reference to the lice in the girl’s hair.

According to KOLD, authorities were told by a sibling that mouthwash had been used to clear the girl’s hair of lice.

The girl’s mother texted her boyfriend the same day, expressing her concerns about her daughter.

“OMG babe. Listen I’m in my room and my mom called me. [Name redacted] was asking if I could check on her to make sure she isn’t dying,” the text stated, according to the station.

According to KGUN, court documents noted that when first responders came to treat the girl in March, “a large number of bugs began to cover her face. Upon closer inspection, it was discovered that there was an enormous amount of lice in her hair.”

Other children who were in the house, who also were infested with lice, have since been removed from the home, KOLD reported.