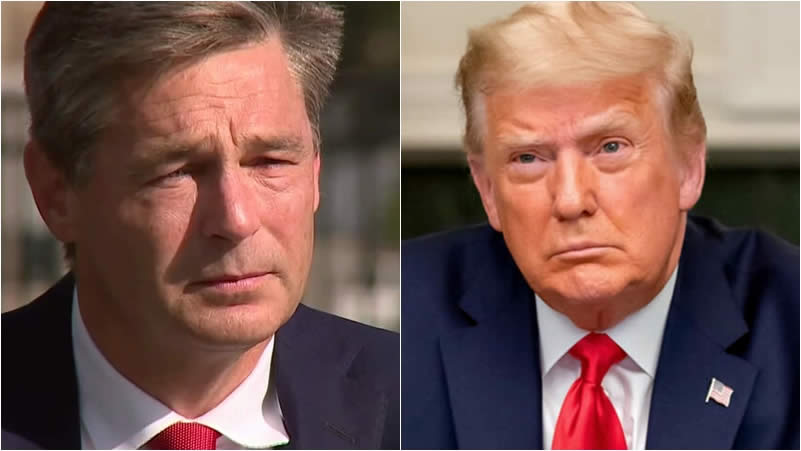 Donald Trump, the former president, ruled out supporting Ohio Republican lawmaker Matt Dolan in the state’s crowded US Senate primary on Monday, citing the Indians’ plan to change their name to the Cleveland Guardians for the next season.

Dolan, who has been in Ohio State since 2017, is the son of the Indians principal owner Larry Dolan and a cousin of Madison Square Garden CEO and Chairman James Dolan. The team announced in July that it would change its name from the Indians, which had been in use since 1915, to the Guardians in recognition of statues that line a bridge near Progressive Field and are known as the “Guardians of Traffic”.

“Anybody that changes the name of the once storied Cleveland Indians to the Cleveland Guardians should not be running for the United States Senate representing the Great People of Ohio,” Trump said in an email. “The Atlanta Braves didn’t change their name, and the Florida State Seminoles didn’t change their chant, but Cleveland has, and they were there first.

“Despite this,” Trump added, “a man named Matt Dolan, the son of the owner of the team, said he is against Cancel Culture. Do those two things really work together? In any event, I know of at least one person in the race who I won’t be endorsing. The Republican Party has too many RINOs!”

As for the name change, trump himself called it a “disgrace” and said that “I guarantee that the people who are most angry about it are the many Indians of our Country”.

Paul, chairman, and CEO of Indians’ announced in fan following letter that the team would adopt the nickname Guardians, he wrote “the name change will be difficult for many of us, and the transition will take time. It is our hope and belief this change will divert us from a divisive path, and instead steer us towards a future where our fans, city, and region are all united as Cleveland Guardians.”

Matt Dolan earlier Monday, tweeted: “The race for #OHSEN has lacked a focus on Ohio: our people, our values and interests. This changes today.”

“After meeting with Republicans, conservative activists, and community leaders across Ohio in recent weeks, it’s clear that the focus of the race for U.S. Senate has yet to be about our people, our interests, and our beloved state,” Dolan announced.

“Add Matt Dolan to the long list of out-of-touch millionaires vying for the GOP Senate nomination,” Ohio Democratic Party spokesperson Michael Beyer said. “With this latest addition to the GOP clown show, this primary is sure to get nastier, more divisive, and more expensive all while Ohio voters and their interests get left behind.”