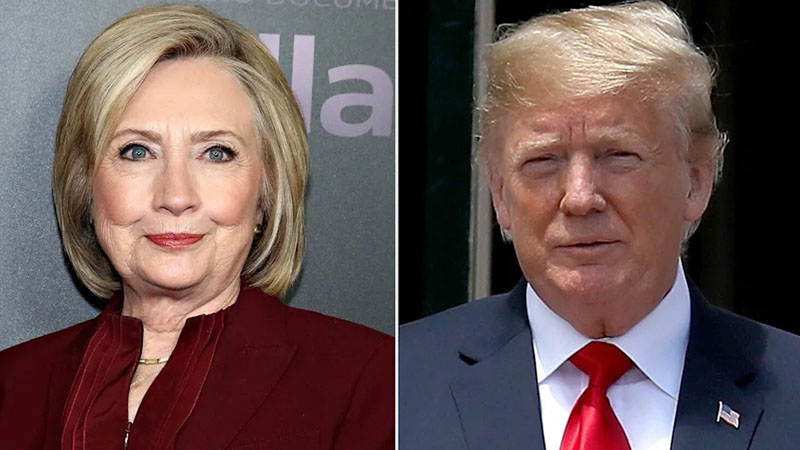 Failed presidential candidate Hillary Clinton predicted former President Donald Trump, who beat her in 2016, will run for the White House again in 2024. If I were a betting person right now, I’d say Trump is going to run again,” Clinton told NBC Today on Friday.

“But I want people to understand that this is a make-or-break point,” she added. “Are we going to give in to all these lies and this disinformation and this organized effort to undermine our rule of law and our institutions or are we going to stand up to it?”

Trump has not committed to running for the presidency again in 2024, but he has hinted that he plans to for months now. Just this weekend, Trump told a crowd in Orlando, Fla., that he wants to win the White House a “third time.”

“I said loud and clear, we won the first time and the second time we won by even more,” Trump said. “And it looks like we might have to think about it very strongly a third time.”

Clinton also seems unable to move past her former campaign. Last week, she was seen choking up in a video as she read the victory speech she would have given had she won the 2016 election.

“Fundamentally, this election challenged us to decide what it means to be an American in the 21st century,” her victory speech read. “And for reaching for unity, decency, and what President Lincoln called ‘the better angels of our nature.’ We met that challenge.”

If Trump does decide to run for office again, he will be the favorite among Republican candidates, according to several polls, leading other potential candidates, such as Florida Gov. Ron DeSantis and former Vice President Mike Pence, by several points.