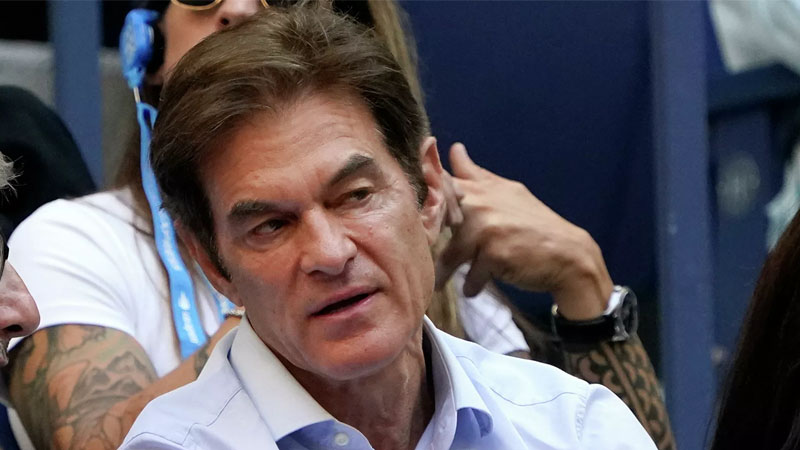 Dr. Mehmet Cengiz Öz, popularly known as ‘Dr. Oz,’ confirmed that he would end his role as a TV-based cardiothoracic surgeon to pursue a new political role as a US senator after recently relocating to Pennsylvania. The celebrity doctor’s newfound aspiration, coupled with his opinions about COVID, has raised eyebrows.

Dr. Mehmet Öz, a US Senate candidate for the GOP in Pennsylvania, took shots at the chief medical advisor to the US president and director of the National Institute of Allergy and Infectious Diseases (NIAID), Dr. Anthony Fauci, during a recent appearance on “The Brian Kilmeade Show.”

“He’s a petty tyrant that has had all kinds of interactions with the media and uses them as allies to shut down dissent and debate,” Oz said of Fauci.

The campaigning US Senate hopeful challenged Fauci to debate on the US response to the COVID-19 pandemic, as well as over the current state of the country.

“This is just gross incompetence. I mean borderline malpractice that we don’t have solutions for Americans where their lives are being threatened,” Oz declared to host Brian Kilmeade.

“Older Americans were vulnerable by this virus, but the vast majority of people, of course, aren’t, it’s relatively benign,” Oz claimed, taking a position similar to that of former US President Donald Trump.

“But older Americans are at risk if we cannot get them life-saving solutions that have been around for more than a year.” Later on Thursday, Oz appeared on Newsmax to again demand a high-profile campaign meeting between the two.

Oz, who opposes federal vaccine mandates, confirmed in November 2021 that he would campaign to enter politics in the US Senate race in Pennsylvania.

The political newcomer is seeking to fill a spot soon to be vacated by Sen. Pat Toomey (R-PA), after the 60-year-old US lawmaker announced in October 2020 that he would not seek reelection.

Toomey’s announcement came shortly after Sean Parnell, the only US Senate candidate in Pennsylvania endorsed by Trump, suspended his campaign after it was announced by a judge that his estranged wife’s domestic abuse allegations were credible.