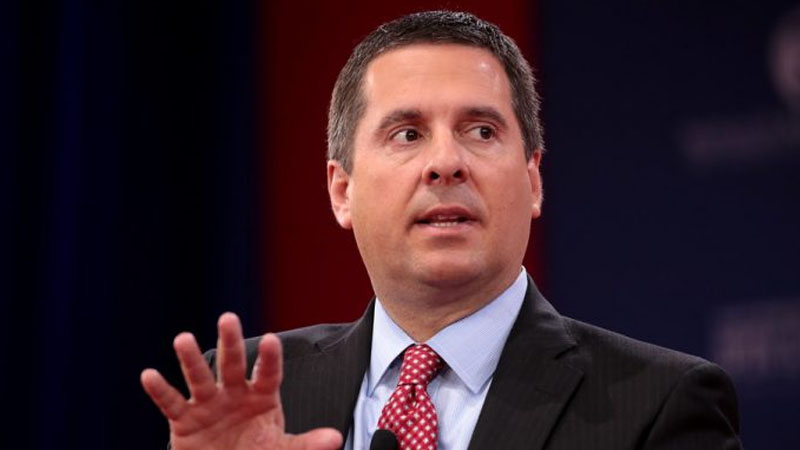 But even though he is leaving Congress, Nunes made it clear that he still plans to play an active role in the GOP.

“Rest assured, I have not, by any means, given up our collective fight — I’ll just be pursuing it through other means,” Nunes said.

“Congressman Devin Nunes is a fighter and a leader. He will make an excellent CEO of Trump Media & Technology Group,” Trump said in the statement.

“Devin understands that we must stop the liberal media and Big Tech from destroying the freedoms that make America great,” Trump said, “America is ready for TRUTH Social and the end to censorship and political discrimination.”

Trump launched TMTG in October and landed more than $1 billion in capital from institutional investors last week. One of the first things TMTG plans to do is roll out a new messaging app called “Truth Social” that will rival Twitter.

“The time has come to reopen the Internet and allow for the free flow of ideas and expression without censorship,” Nunes said.

“The United States of America made the dream of the Internet a reality and it will be an American company that restores the dream,” he said. “I’m humbled and honored President Trump has asked me to lead the mission and the world-class team that will deliver on this promise.”

Biden Left Up to 9,000 Americans Behind in Taliban-Run Afghanistan