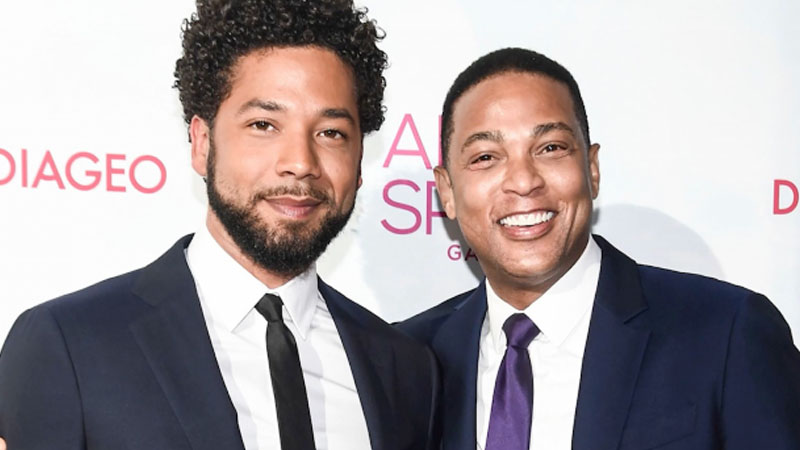 CNN’s Don Lemon refused to mention or acknowledge his own role in actor Jussie Smollett’s alleged race-crime hoax during his coverage of Smollett’s trial.

During one segment of Lemon’s show this week, he discussed the trial with CNN reporter Omar Jimenez but conveniently failed to note that his own name was brought up during Smollett’s testimony from the witness stand.

“Jussie Smollett, the actor who is accused of lying to police about an alleged hate crime in 2019, testifying in his own defense today,” Lemon said during the segment.

“At the time,” he continued, “Smollett told police that two men had attacked him in the street yelling racist, anti-gay remarks, put a noose around his neck, and poured bleach on him.”

No mention at all of what Smollett said in his court testimony.

Smollett, who is black and gay, testified during his trial that he had received a text from Lemon, who is also black and gay, shortly after he allegedly staged a hate crime against himself.

In the text, Lemon informed Smollett that the Chicago Police Department was skeptical of his account of the incident.

“Lemon’s career might now be tracking with that of his close friend Cuomo,” reported NewsBusters. “Both are now accused of journalistic misconduct involving abusing sources to feed information to suspected criminals, and both are facing sexual misconduct allegations.”

Lemon’s failure to disclose his reported contact with Smollett directly after the alleged hate-crime attack drew a rebuke from Nicholas Fondacaro, deputy managing editor of the American Media Research Center. Fonacaro also criticized CNN reporter Omar Jimenez for his role in the cover-up, according to the Daily Mail.

“At 10-to-midnight, Don Lemon and Omar Jiminez finally discuss the Jussie Smollett trial,” Fonacaro said. “But neither “journalist” mentioned how Smollett testified under oath that Lemon tipped him off to police skepticism of his hoax claims.”

Lemon admitted in 2019 to texting Smollett in the distant aftermath of the incident, claiming it was “personal” because of his friendship with Smollett.

“When something happens and it’s controversial, everyone is coming for you,” he said at the time. “And so I knew everyone would be picking apart his story. It’s not for me. That’s not my concern. My concern is for him.”

Smollett has been charged with six counts of felony disorderly conduct for allegedly lying to law enforcement about the hate crime that prosecutors say he staged. If he is convicted, he could serve more than three years in prison.