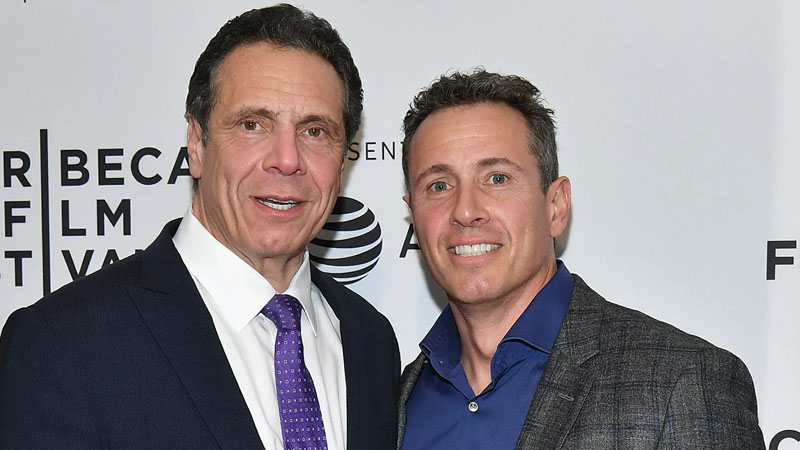 Months after his brother Andrew Cuomo resigned as governor of the state of New York, CNN anchor Chris Cuomo has been suspended by the network in connection with how he covered the sexual harassment accusations against his brother.

On Monday, New York Attorney General Leticia James released a trove of documents on the s*xual harassment case brought against Andrew Cuomo by several women that forced him to resign from the state’s top office in disgrace in August. The more than 10,000 pages of interviews, emails, and text messages showed that Chris Cuomo had played a much larger role in helping his brother defend himself than had previously been believed.

“The New York Attorney General’s office released transcripts and exhibits Monday that shed new light on Chris Cuomo’s involvement in his brother’s defense,” a spokesperson for CNN said Tuesday. “The documents, which we were not privy to before their public release, raise serious questions.”

“When Chris admitted to us that he had offered advice to his brother’s staff, he broke our rules and we acknowledged that publicly,” the statement continued. “But we also appreciated the unique position he was in and understood his need to put family first and job second. However, these documents point to a greater level of involvement in his brother’s efforts than we previously knew. As a result, we have suspended Chris indefinitely, pending further evaluation.”

Cuomo had previously claimed to have been in “irregular contact” with Andrew’s top aide, Melissa DeRosa, but the new dossier reveals they exchanged dozens of text messages assembling a public relations strategy to “smear” the women who accused the New York governor.

In addition, he used his resources as a journalist to research his brother’s accusers, the documents revealed. Chris Cuomo was the host and presenter of “Cuomo Prime Time,” a weekly news show on CNN, which he had hosted since 2018. He started with the network in 2013 after having reported for ABC News for many years.

He is also the host of the SiriusXM radio show “Let’s Get After It.” Their father is Mario Cuomo, who was also governor of New York.