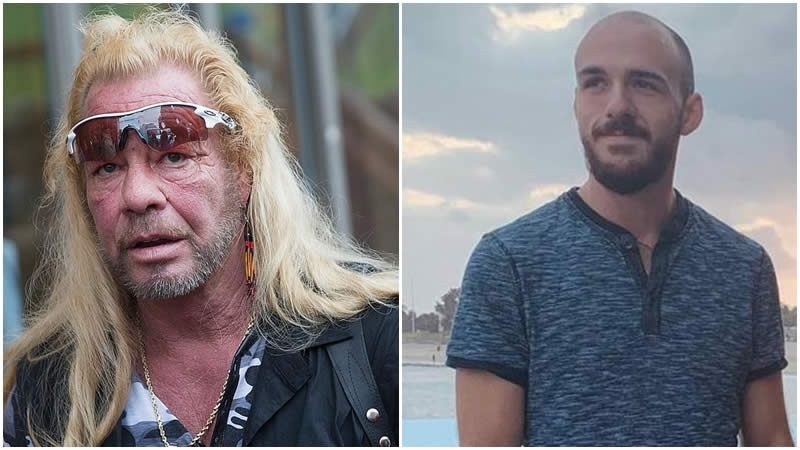 According to TMZ, the dog showed up at Brian’s sister Cassie Laundrie’s house and “knocked like crazy”. He later told the news outlet that he believes Cassie knows more regarding Brian Laundrie’s disappearance.

Cassie Laundrie and her husband had earlier been confronted by a group of demonstrators outside their home in October 2021, where she acknowledged having no idea where her brother was. She also stated that her parents, Christopher and Roberta Laundrie, may have further information about Brian’s absence after the death of his fiancee, Gabby Petito.

Cassie recently disclosed that she has received death threats from enraged demonstrators who threatened to kill her family and kidnap her children. Meanwhile, coroner Dr. Brent Blue announced that Gabby Petito died as a result of physical strangulation.

Dog the Bounty Hunter agreed, claiming that Gabby’s strangulation was not an accident. “Brian’s only chance is to turn himself in,” he said, alleging that “the Laundrie’s have stonewalled Gabby’s family because they knew what Brian had done and it looks like they’ve helped him run.”

He further added that despite his initial plans to give up on Brian Laundrie’s search due to injury, he “couldn’t bring himself to leave” after Gabby Petito’s cause of death was revealed. He appears to have doubled down on Cassie Laundrie to obtain additional information about Brian from her.

The dog hasn’t made any specific allegations that Brian Laundrie was hiding with his sister, but he has indicated that Cassie knows more than she has previously revealed. Dog arrived at Cassie’s house on October 13th and rushed to the front door. TMZ also witnessed him knocking on the front door for a long time, but no one answered. Dog, on the other hand, refuses to give up and will most probably return soon to confront Cassie Laundrie again.

It should be noted that the FBI has not yet named Brian as a suspect in the case, but he is still considered a “person of interest”. Similarly, the Laundrie family has not been mentioned in any capacity so far, therefore Dog’s claims about Gabby Petito’s murder must be considered as opinion rather than truth.

Brian will remain a person of interest until the FBI officially declares him a suspect or files charges against him in Petito’s death. Brian is currently facing only a charge of illegal use of a debit card, for which an arrest warrant has been issued.