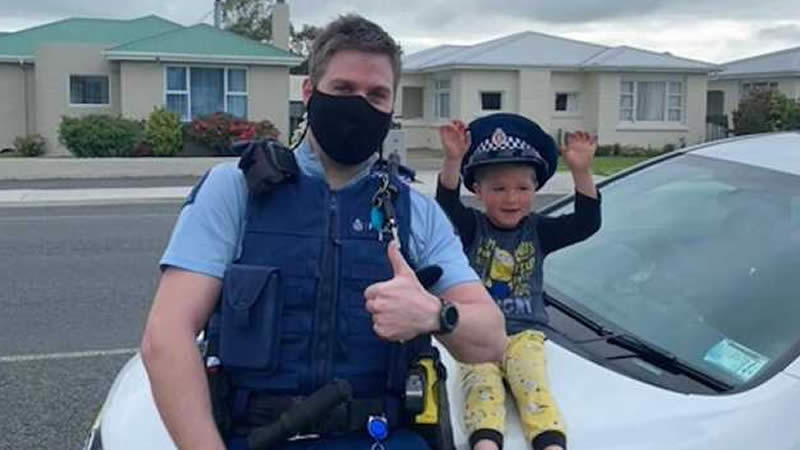 The cuteness of little children can be almost overwhelming at times.

According to New Zealand Police, a 4-year-old called the country’s emergency line to say he had some toys for them—and that’s only the beginning of the story’s cuteness.

The preschooler told the “police lady” who answered the phone after dialing 111 (New Zealand’s equivalent of 911) that he had some toys for her. He said to her, “Come over and see them!”

As per Upworthy, when the dispatcher inquired where he was, the boy’s father answered. He stated that the mother of the children was sick, and the boy had called while he was caring for the other child. The contact was ended after it was confirmed that there was no emergency—all in a fairly calm dialogue. The entire exchange was so lovely and innocent.

But then it progressed to a new level of wholesomeness. The dispatcher sent out a call to the police units, asking if someone could go look at the 4-year old’s toys. And a cop said affirmatively, as though this was a completely normal occurrence.

Is this what life in New Zealand is like? There’s no COVID-19 to speak of, and police officers are randomly dropping by children’s homes to check out their toys?

The New Zealand Police wrote on YouTube, “Constable Kurt from Southern District Police responded by arriving at the child’s house and was shown an array of toys. He also had a good educational chat with the child and his parents about only using 111 for emergencies.” The officer also showed the boy his patrol car, put the lights on for him, and remarked, “He did have cool toys!”

From the polite emergency dispatcher to the visibly exhausted father, to the officer who went out of his way to look at a random kid’s toys, to the darling little kiwi who started the whole chain of events with his considerate offer, there were lovely exchanges all around.

This is just another reason to adore New Zealand.