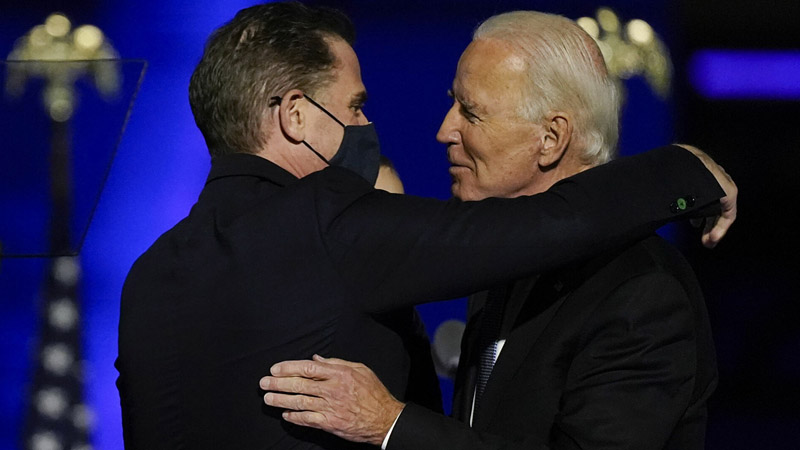 Hunter Biden sold five art pieces for $75,000 each earlier this month, ahead of the opening date of his New York City art show. As ethical questions concerning the 51-year-old son of US President Joe Biden continue to be raised, the Federal Bureau of Investigation (FBI) is reportedly investigating the first son’s business for wrongdoing.

The DailyMail.com reported on Tuesday, citing emails from Hunter Biden’s alleged laptop, that the US president’s financial ties to his younger son may have him pulled into the FBI’s ongoing investigation and possible money laundering charges.

“I was dealing all afternoon with JRB’s taxes (but solved a big issue – so it was all worth it),” Schwerin wrote in an email to Hunter, dated April 9, 2010.

On June 10, 2010, Hunter’s business partner told him: “Your Dad’s Delaware tax refund check came today. I am depositing it in his account and writing a check-in that amounts back to you since he owes it to you. Don’t think I need to run it by him, but if you want to go ahead. If not, I will deposit tomorrow.”

According to the report, this financial footprint might be used to draw the US president into the debacle.

“Whatever transaction you’re looking at, if there’s a connection to a family member or a friend, sure the answer is yes [they would be investigated],” a money laundering and criminal tax law expert told the outlet. “Obviously, if you’re talking about the President of the United States, you’d better have a pretty damn good reason to talk to that person.”

It is worth noting that Hunter Biden has not been charged in connection with the alleged FBI and Internal Revenue Service investigations. The former is believed to have been active since 2019.