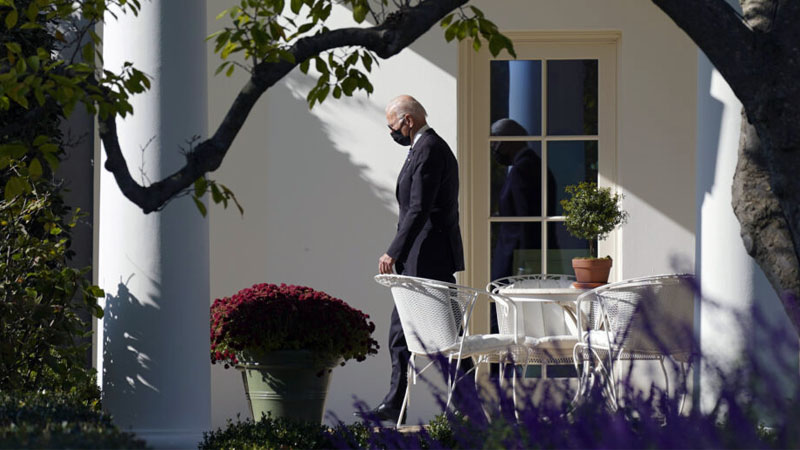 The approval rating of US President Joe Biden has hit a new low as the majority of Americans disapprove of the way he has handled the economy, according to a new poll.

Biden took the office in January this year as the United States was struggling to contain the coronavirus disease (Covid-19) and to revive the economy hit by the pandemic. He successfully pushed for a $1.2 trillion bipartisan infrastructure package but that hasn’t helped his overall approval rating.

According to a Washington Post-ABC News poll conducted telephonically last week, 53% of the respondents disapproved of the way Biden has handled his job as the US president. While the majority of Americans support the federal government’s move to spend about two trillion dollars on addressing climate action and to create or expand preschool, health care, and other social programs, 55% of the respondents don’t approve of Biden’s handling of the economy.

Biden’s approval rating on his handling of the pandemic is also not encouraging. About 49% of respondents voted in disapproval and 47% approved the way the US president is handling the pandemic.

A whopping 70% of the respondents either said the nation’s economy is “not so good” or is in “poor” condition.

“Overall, the survey offers a set of harsh judgments about the president’s performance and the state of the economy. Together, they send a stark warning to Democrats about their prospects in the 2022 midterm contests,” The Post said in its report.

In an interview with Oprah Winfrey, Adele discusses her divorce, being a single parent, and missing her child

Trump Thinks Announcing 2024 Presidential Run Now Could Detract Attention From January 6 Hearings, Report Says. But Not All Republicans Are Convinced It Would Be the Right Move for the Party.