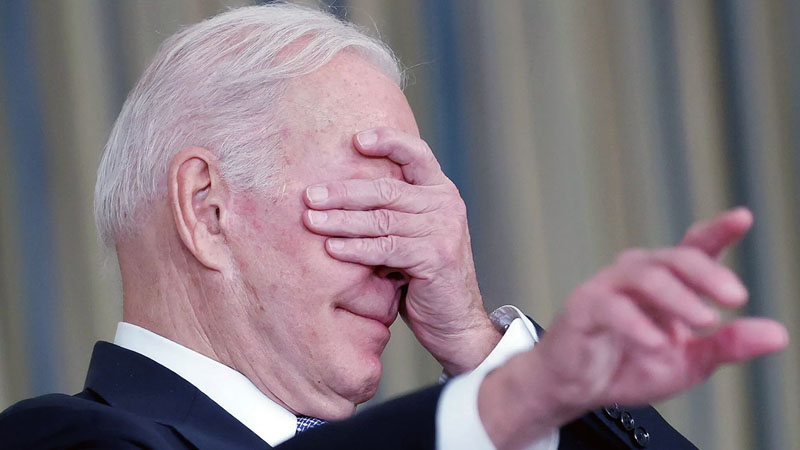 US President Joe Biden sparked social media fury Thursday when he referred to baseball icon Satchel Paige as a “great negro” while commemorating Veteran’s Day during a wreath-laying ceremony at the Tomb of the Unknown Soldier.

In the viral video that’s trending on Twitter, Biden appeared to have stumbled over his words while retelling a story about the legendary pitcher’s time playing in the Negro National League — a baseball league that was composed of teams with African Americans and Latin Americans during the 1920s that disbanded in the late 1940s.

“You know, I’ve adopted the attitude of the great negro at the time, pitcher in the Negro Leagues, went on to become a great pitcher in the pros, in the Major League Baseball after Jackie Robinson, his name was Satchel Paige,” Biden said as he began his speech.

Leroy Robert Satchel Paige was a renowned baseball player for over five decades, playing in both the Negro League and Major League Baseball, and was known to have pitched a winning game on his 47th birthday.

Biden’s bizarre comments have caused social media users to question his choice of wording when referring to Paige.

“Imagine if Trump said this,” one user tweeted, whereas another netizen commented, “wtf. How did people vote for this guy? He doesn’t even know what year he is living in.”

While the speech received criticism, there were others that tried to assimilate what Biden was trying to say.

“I like laughing at Uncle Joe’s antics as much as the next guy, but he’s referring to it this way because that’s what they were called in their time. The Negro Leagues were an actual thing that ended up being a huge step towards ending segregation,” a Twitter user commented on the video.

Other users chimed in and wrote:

Others, however, also attempted to clear up the misunderstanding by simply stating that Biden spoke out of turn, an occurrence that the commander-in-chief “often does.”

Throughout his career, Biden has had his fair share of cringeworthy gaffes, admitting in 2018 that he is a “gaffe machine.” In a May 2020 interview on “the Breakfast Club,” the then vice president prompted an outcry after he told host Charlamagne Tha God that “if you have a problem figuring out whether you’re for me or Trump, then you ain’t black.”