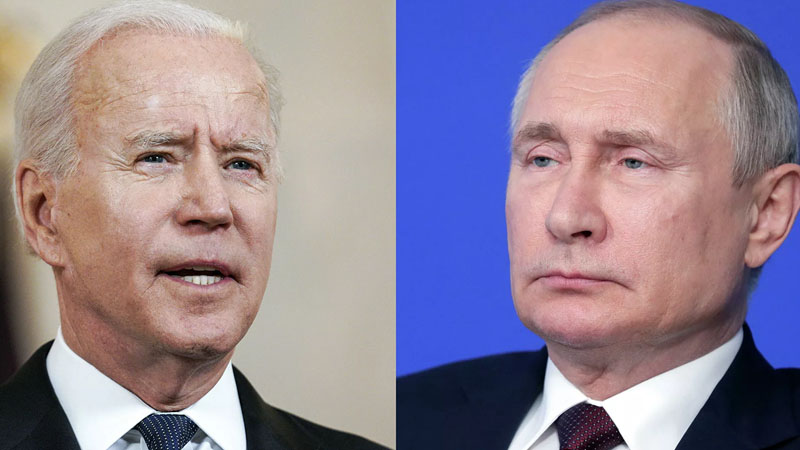 Following a 105-minute discussion with French President Emmanuel Macron on Sunday, Russian President Vladimir Putin declared that the US and NATO should “take Russian demands for security guarantees seriously.” Macron made a similar call to US President Joe Biden earlier in the day, although their discussions lasted about 15 minutes.

US President Joe Biden and Russian President Vladimir Putin have agreed on the principle of a proposed summit to layout issues related to strategic stability and security in Europe, according to a Sunday release by Élysée.

US Secretary of State Antony Blinken and Russian Foreign Minister Sergei Lavrov are slated to meet on Thursday, February 24, to begin the diplomatic effort.

“It can only be held at the condition that Russia does not invade Ukraine,” the memo read.

Biden has committed to working with all relevant stakeholders in preparation for the summit. The move came following French President Emmanuel Macron‘s brief chat with Biden, and a significantly longer call in which Macron spoke with Putin.

British Prime Minister Boris Johnson and German Chancellor Olaf Scholz were also phoned by their French counterpart. Commenting on the diplomatic pursuit, White House Press Secretary Jen Psaki repeatedly stressed that the summit, as well as the Thursday Blinken-Lavrov meeting, will only proceed if no invasion occurs.

“We are also ready to impose swift and severe consequences should Russia instead choose war,” Psaki declared. “And currently, Russia appears to be continuing preparations for a full-scale assault on Ukraine very soon.”

As Blinken meets with Lavrov later this week, Biden will conduct a same-day, virtual meeting with G7 leaders in preparation for the summit, according to the Whtie House. This diplomatic development follows a CBS broadcast in which Russian Ambassador to the US Anatoly Antonov pointed out that Russian troops are on sovereign territory and “are not threatening anyone.”

“We are not trying to seize any territory of another country. I would like to confirm that Donetsk and Lugansk are part of Ukraine,” Antonov said.

He also highlighted that the Kremlin “publicly expressed readiness to continue diplomatic efforts” regarding the situation.