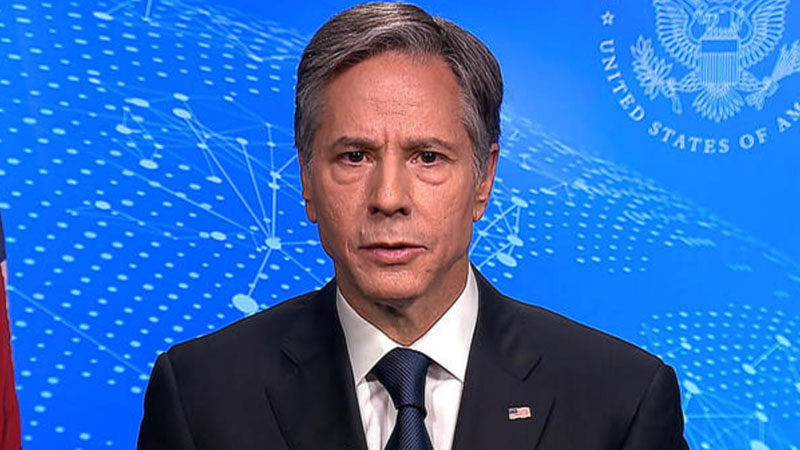 The Biden administration is not seeking to pressure countries to decide whether to do business with the United States or China and it is not looking to contain the latter, US Secretary of State Antony Blinken said.”We’re not asking countries to choose between the United States and China nor, as I’ve said repeatedly, do we seek to contain China or hold it back,” Blinken said during a press conference on Tuesday.

“What we do seek to do is uphold the highest possible standards as we’re engaged around the world,” he claimed.

Blinken emphasized that trade and investment with China are important for all countries and usually beneficial. However, Blinken said that in the case of China there is no division between the private enterprise and the state so countries should take precautions before investing in that country.

Earlier this month, the US Central Intelligence Agency (CIA) launched a China mission center to confront perceived threats from Beijing. The center was formed “to address the global challenge posed by the People’s Republic of China that cuts across all of the Agency’s mission areas,” a CIA statement shared with the media said.

This also comes as a growing number of US Republicans are urging the administration to address China’s military build-up and warning against decreasing the US defense budget, amid reports that Beijing tested a nuclear-capable hypersonic missile in August that caught US intelligence off guard.

While the U.S. military is the best in the world, let this serve as a reminder that cutting our defense budget is never the answer. President Biden, hold China in check,” Rep. Mark Green tweeted.

Commenting on the reposts, the White House only said, “We welcome the competition.”Chinese officials, however, have dismissed the reports, calling the test a “routine spacecraft experiment.”