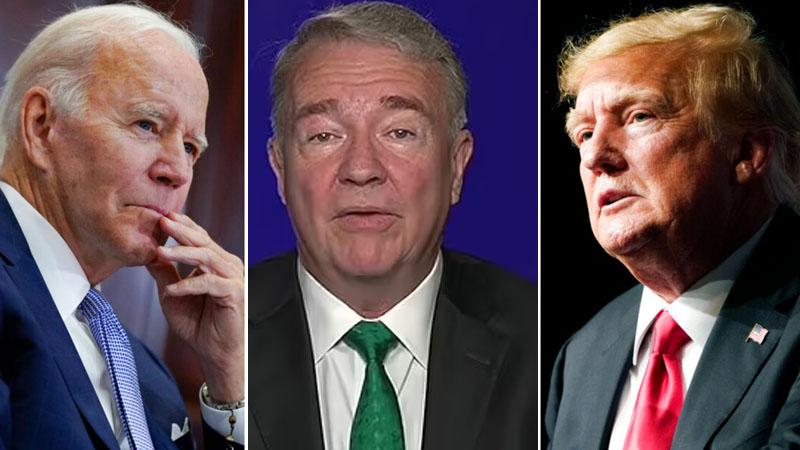 Retired Gen. Frank McKenzie, who oversaw the withdrawal of US troops from Afghanistan as commander of US Central Command, blamed both President Joe Biden and former President Donald Trump for how the war ended, in an interview on Sunday.

McKenzie made the remarks during a wide-ranging discussion on Fox News Sunday with defense journalist Jennifer Griffin about the end of the country’s longest war and the fallout from it. McKenzie, who retired in April after 42 years of service, was asked specifically about Biden and Trump.

He reiterated his opposition to a complete military withdrawal from the failed state, claiming that the decision to eliminate all troop presence was largely to blame for the chaotic withdrawal. “Subsequently, after we made the decision to go to zero, the decision to try to maintain an embassy platform until far too late contributed also to what happened in August,” McKenzie said. “Those are, I think, two of the big decisions that led us to the events that you just described.”

When asked if Trump’s Doha agreement, the US-Taliban withdrawal agreement, was to blame for the collapse of the Afghan government, McKenzie leveled his best criticism at both commanders in chief. “The president of the United States owns the final responsibility for these actions.

I believe we had two presidents of the United States that wanted to exit Afghanistan, and they might not have had anything else in common, but they shared that common view,” he said. “So we had a continuity of objective across two administrations that really allowed the events that occurred to occur in the manner that they did.”

McKenzie was also pressed about Biden’s claims ahead of the chaos in August, specifically the president’s assertion that al Qaeda was “gone” and that “the Taliban is not the North Vietnamese Army. They’re not. They’re not remotely comparable in terms of capability.

There’s gonna be no circumstance where you’re gonna see people being lifted off the roof of an embassy in the of the United States from Afghanistan. It is not at all comparable.” Asked about the latter quote, which Biden said in July, McKenzie replied: “What happened in August was not preordained.

It was not set in the stars. We made a series of decisions that took us to that point in August. The basic decision was the decision to withdraw completely from Afghanistan.” Responding to Biden’s other comment about al Qaeda, the former CENTCOM chief said: “Well, our position has always been that al Qaeda is there because the Taliban hosts them.

That’s why we went to Afghanistan in the first place, and certainly, al Qaeda’s been rocked back on its heels in recent years. But al Qaeda is still present in Afghanistan, and also, ISIS is still present in Afghanistan.””Both of those entities have a long-term aspirational goal to attack us in our homeland,” he continued. “And given the breathing room to reestablish themselves and reassert their strength, we believe they will do that.”

Does Meghan Markle Foresee a Relationship With Royal Family in the Future?

China Locks In More Than 30,000 Visitors inside Shanghai Disneyland after Covid-19 Scare on Halloween Night