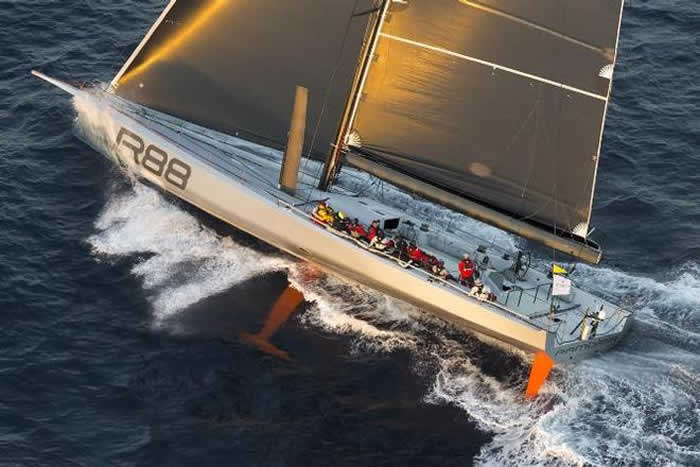 Total entries for this 71st edition of the race are just six short of last year’s special 70th edition. Otherwise, numbers exceed every Sydney Hobart this century, apart from the 60th race in 2004, when 116 boats faced the starter’s orders.

“We are witnessing a resurgence of the best sport in the world which is verified by the statistics of 111 entries, including 28 from around the globe and six women skippers,” CYCA Commodore John Cameron said, commenting on the large and eclectic fleet.

“The strength of the field is phenomenal. Four super-maxis, Rambler88 and the Volvo 70’s at the pointy end and strong contenders for the Tattersall’s Cup, with last year’s winner, Wild Rose, there to keep the fleet honest. And the 12-strong Clipper fleet will bring the same colourful spectacle to the race as it did in 2013.

The radically modified hull of record-holding Wild Oats XI returns to the race an unknown quantity, and among her company on the front start line will be those mentioned above, along with Syd Fischer’s year-old Ragamuffin 100, Anthony Bell’s Perpetual Loyal and Peter Harburg’s Black Jack. With such a large fleet, including the dozen Clipper yachts, three separate start lines will be put in place, as they were last year. All 111 yachts will start at the same time, creating a visual impact, but the super maxis and other larger yachts will lead off the front line.

On those two start lines too will be the six female skippers in the fleet, including boat owners Stephanie Kerin (Dekadence), having her first crack at the race, and Sibby Ilzhofer (Dare Devil), last year’s winner of the Jane Tate Memorial Trophy, awarded to the first female skipper to finish the race each year.