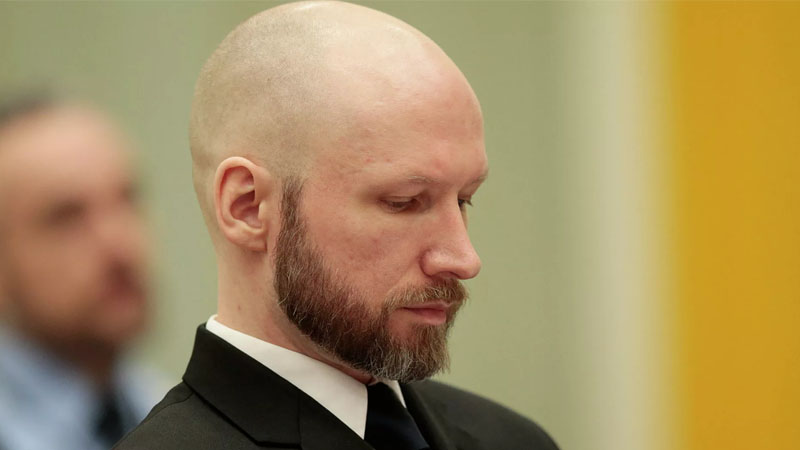 Anders Behring Breivik who murdered 77 and wounded over 150 people in a twin terrorist attack in 2011, has served 10 years of the 21-year sentence he was slapped with, the harshest punishment in Norway and referred to as a “life sentence”.

Anders Breivik, who has been called the worst mass murderer in the history of modern Norway, is all set to try for parole on Tuesday, claiming he is no longer a threat to society.

“He is in custody and the minimum period has expired. He thus has the opportunity of having the question of his further stay in closed prison tried in a court. That’s what he wants,” Breivik’s lawyer Øystein Storrvik told national broadcaster NRK.

In 2012, Breivik was handed the maximum 21-year sentence for his killing spree against the Oslo government quarter and the Labour party’s summer camp for teens. The sentence had a clause rarely used within the Norwegian justice system – that he can be held indefinitely if he’s still considered a danger to society.

However, State Attorney Hulda Karlsdottir warned that there is a risk that Breivik will commit new, serious crimes upon his release. Based on a recent risk assessment, Karlsdottir said Breivik will still have the desire and ability to commit brutal murders.

The same opinion was echoed by Berit Johnsen, research professor at the University College of Norwegian Correctional Service (KRUS), who called Breivik’s release “unlikely”, and psychologist Randi Rosenqvist, who assessed Breivik in 2012 and admittedly detected “no great changes in his functioning today”.

Families of victims and survivors, as well as Norwegian journalists, expressed fears that Breivik will use the hearing to propagate his views.

Breivik himself has meanwhile sent contradictory messages about his behavior., from expressing remorse to saying he wants to “continue his fight” and venturing that violence was necessary to achieve political ends.

On 22 July 2011, after months of fastidious preparations, Breivik set off a car bomb outside the government headquarters in Oslo, killing eight people.

Subsequently, he drove to the nearby island of Utøya armed with an automatic rifle and opened fire at the annual summer camp of the Labour Party’s youth wing. A total of 69 people, mostly teenagers, were killed before Breivik ultimately surrendered to police.

Before the terrorist act, Breivik compiled and disseminated a 1,500-page manifesto against multiculturalism and Islam, in which he also blamed feminism for Europe’s “cultural suicide”.

In prison, Breivik continued to make headlines with his complaints about the “inhumane” conditions of his confinement, making Nazi salutes in court as well as for sending excerpts of his manifesto to survivors and legally changing his name to Fjotolf Hansen. The hearing is due to last three days, but the verdict will not be announced for several weeks.

How Did We Get From Stimulus Checks to “Work With COVID”?