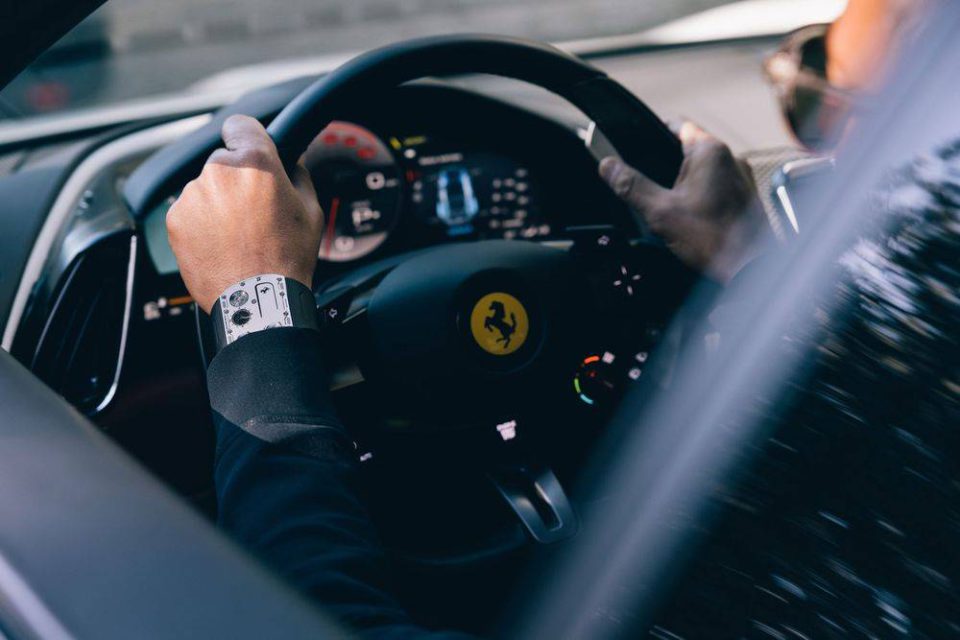 But records, as they say, are meant to be broken, and so it goes that luxury watch brand Richard Mille, in partnership with Ferrari — who knows something about competitive spirit – has ensured the truth behind that adage.

At 1.75mm thick, the RM UP-01 Ferrari outdoes Bulgari’s Octo Finissimo Ultra by a mere 0.05mm. But this was no easy task. Richard Mille was staunchly committed to crafting this timepiece according to the same standards as all its others.

So, not only did it have to be thin, but it had to be more than just a horological experiment. Where other watches achieve their thinness by putting the movement and the case on the same plane, the RM UP-01 Ferrari manages to place the self-winding caliber mostly inside the case to guarantee total shock resistance and the ability to withstand accelerations upwards of 5,000 Gs.

With a movement that has to be even thinner than the case itself at 1.18mm thick, the watch utilizes grade 5 titanium for several key aspects, including its baseplate and skeletonized bridges.

Despite the traditional aesthetic, certain pieces of the caliber are shown through the dial, including the hands, which have been transferred to and double as the wheels underneath. A pair of crowns were also placed on the dial itself, allowing the user to wind and set the watch by placing a driver into the tiny holes.

Undergoing some 6,000 hours of laboratory testing, the RM UP-01 Ferrari isn’t just a concept piece, but a watch that can be worn out on the track as well. Limited to just 150 pieces, this timepiece is now available for purchase through Richard Mille boutiques for $1,888,000.