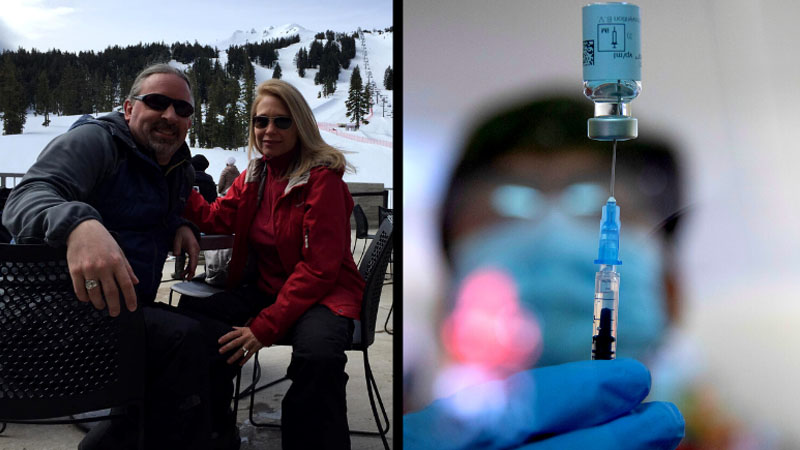 People were really waiting in queues for hours to get their shot and be protected against the fatal virus after the Covid-19 vaccinations were approved for emergency use about a year and a half ago. Since then, more than 255 million Americans, or 76.8% of the population, have been partially vaccinated against Covid-19, making America one of the countries with the highest Covid-19 vaccination rates to date.

M. Melkonian, 52, was one of those who chose the single-dose J&J vaccine over the two-dose vaccines because she believed she would develop immunity to the virus faster. On April 7th of last year, she was pleased when her primary vaccine choice became available at a local vaccine clinic in Oregon. Melkonian finally received the vaccine she had been waiting for.

Melkonian felt Alright for the next few days and showed no signs of the vaccine’s side effects. On April 13th, federal health officials announced that the J&J vaccine would be stopped due to many reports of a rare blood-clotting disorder in patients who received the vaccine. Melkonian had the same symptoms as the vaccine, including a headache and a strong pain behind her left eye, on the same day, according to the news.

Melkonian and her husband discussed getting vaccinated against Covid-19 even before the first vaccines were released. Melkonian’s husband had previously been vaccinated with the existing vaccines while she waited for the single-dose vaccine. At that moment, the couple recognized that all three were safe and effective, with little chance of a negative side effect.

“You definitely hit the jackpot,” Melkonian’s husband Thomas recalled telling her after she got her shot. “You should go buy a lottery ticket because today’s your lucky day.” Melkonian had made the worst decision of her life by choosing the J&J vaccine.

Thomas found his wife crying on the floor a few days after her initial symptoms. She went into a seizure and couldn’t move her right arm. Thomas quickly considered the vaccine since he was concerned about a possible stroke. “No! This isn’t happening to me,” Melkonian cried out as Thomas spoke with the 911 operator.

Melkonian was unable to speak or move while the pair waited for the ambulance to come. As Thomas says, whatever it proceeded at an incredible speed. She was taken to the hospital for treatment, where she was squeezing Thomas’ hand and answering questions. She was unable to reply in any way by the time more test was conducted.

Melkonian was already dead after only a few days. The 52-year-old woman was one of just nine persons in the United States to die from vaccination-induced thrombotic thrombocytopenia, a rare adverse effect of the J&J vaccine, and a victim of bad timing. Thomas believes that if the information concerning possible side effects had been supplied even a few days earlier, his wife would still be alive today.

To increase awareness, Thomas chose to share his story with the public earlier this month. Despite the fact that he lost his wife to vaccine-related complications, Thomas remains pro-vaccine and urges everyone to get vaccinated against Covid-19.