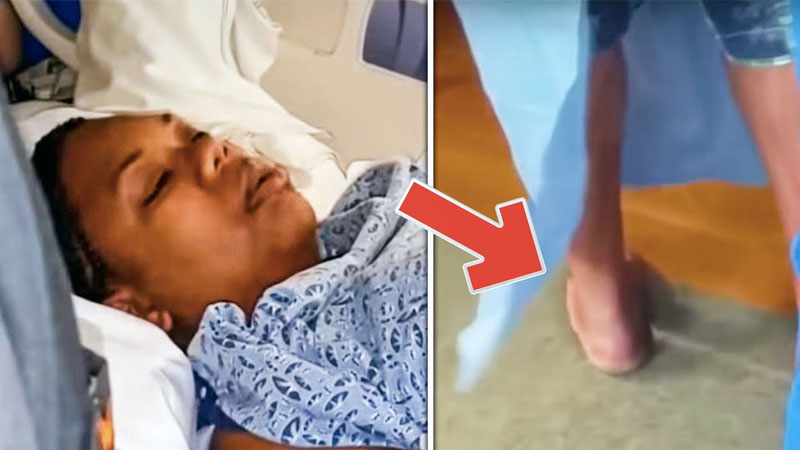 Alexis Sims, a Las Vegas resident, went to Sunrise Hospital to give birth to her baby and expected to receive the best care possible from the staff doctors. She has video proof to support the fact that her experience was much lower than expected.

In order for Alexis to give birth, her labor had to be induced, but the doctor who attended to her wasn’t actually a serious qualified doctor. Because her regular doctor was away on vacation, Dr. Frank DeLee was asked to assist with the delivery.

But Alex’s mother, Sheree, claimed that she could smell alcohol on Dr. DeLee’s breath as he entered the room. Dr. DeLee then started to explain how he had just returned from happy hour.

“I smelled alcohol,” Sheree recalled. “That’s what preceded the conversation about him coming from the bar. Because I said, ‘Oh, he smells like alcohol.’”

The doctor didn’t do anything to make her feel better as her epidural started to wear off; instead, he made fun of her weight and called her names. Who would do that?

Alexis’ mother took her phone and started recording the situation when things started to go south; what she filmed is truly disturbing.

“Weren’t that many people in the bar when I left,” he told one of the nurses.

That’s when Sheree noticed something that truly shocked her – DeLee wasn’t even dressed appropriately for his job, he was barefoot and wearing Bermuda shorts!

Then things got even worse.

“I kept telling the doctor, ‘I can feel everything. I think the epidural wore off,’” Alex recalled. “And he’s like, ‘Oh just scoot your fat ass down,’ and, ‘Oh, I bet you wish your doctor would have come back in town.’”

“It was just jaw-dropping,” she said later. “I just couldn’t fathom why all this was going on in the midst of me having a child.”

She is now using the evidence to file a complaint against DeLee and the nurses for failing to take action when they discovered the doctor was unable to work. She also wants to prevent DeLee from being in a situation where she could hurt someone else.

“Someone needs to be accountable,” she said. “And I just feel like, if I don’t speak up for my child, who will?”

Cyprus discovers a Covid variant that combines omicron and delta