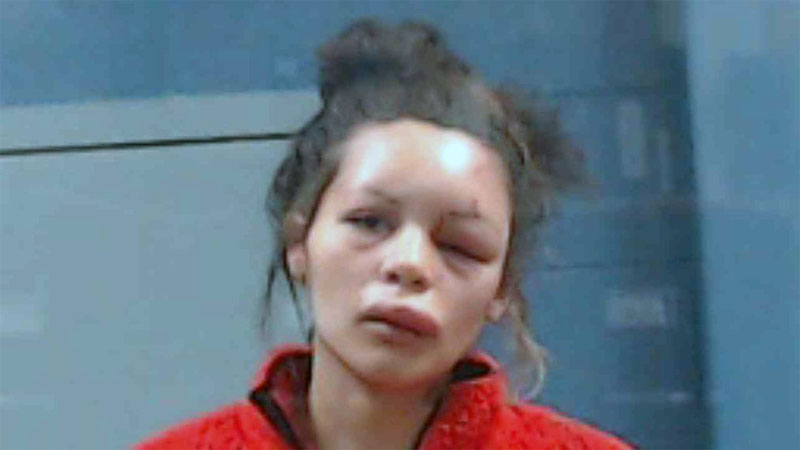 South Charleston police arrested a woman they said was running while holding a newborn baby by the neck.

Aronia Igo, 19, of Chesapeake is charged with child abuse creating a risk of injury.

On Thursday, police said they were dispatched to Colonial Park Drive in South Charleston in reference to a disturbance.

“The only thing the 911 call taker from the dispatcher can hear is someone yelling about a dead baby,” Patrolman W.M. Tanzey wrote in a criminal complaint filed in Kanawha County Magistrate Court.

When police got on the scene, they said they saw Igo being physically restrained by a bystander.

Witnesses on the scene told police that Igo was running from her mother. “While the defendant was running, she had the four-day-old baby held in her arm by the neck,” the complaint said. Police said Igo is the baby’s mother.

Police said a witness and her boyfriend ran out to help and the boyfriend restrained Igo while the woman grabbed the baby.

Police then said that Igo and her mother got into a physical altercation.

“According to witnesses, the baby was turning blue and not breathing as a direct result of the manner in which Igo was holding the baby by the neck,” the complaint said.

When EMS got on the scene, police said the baby was OK and breathing. The baby is now in the custody of a family member, police said.

Igo is being held on a $50,000 bond at the South Central Regional Jail.