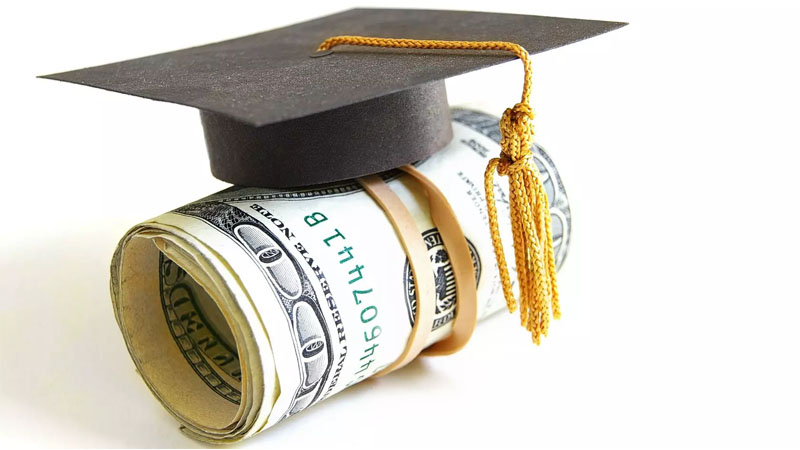 Students are on social media celebrating something which has most of the nation intensely worried. Student loan borrowers have gone on social media expressing their happiness as inflation could reduce the value of their debt.

Prices have gone up 6.2% over the last year. It is the largest increase in over 30 years, data released by the Bureau of Labor Statistics have shown.

Student loan borrowers will have their waiver period end next February following a pause of 22 months. And inflation during this period will have a positive impact on their loans as the debt value will get reduced due to inflation.

Jason Delisle of Urban Institute, a non-profit organization, says that it always helps if you go for fixed debt borrowing during inflationary times, such as student loan borrowers. Student loans interest rates are fixed. This keeps the rate steady, not subject to market fluctuation, like variable interest rate borrowers.

Rising inflation devalues that dollar and these fixed interest loans are worthless when you repay them.

But Kathryn A. Edwards, an economist at RAND Corporation says that while theoretically, one can reduce debt at times of high inflation, it is something that people should not rely on. The positive influence of inflation should not be overplayed.

A debt value might be lower as an effect of the pandemic, but unless your wages match inflation, and other household expenditures rise quicker than any increase in wages.

Thus the corresponding value of a fixed-rate debt instrument only declines when there is a corresponding increase in wages. It is not clear if wages will go up uniformly for all. Wages might also stagnate despite inflation.

If the inflation rate matches, and even outruns the rise in wages, student loan borrowers might be in trouble as buyer purchasing power takes a hit.

And even if your borrowings are linked to an income-driven plan for repayment, you need to recertify your income so that you can stay off the plan. Income-driven plans are ideal for student loan borrowers only if their income is linked to the plan.

The upside of a higher loan payment is that people get to pay off their debts faster and there is a large saving in debts.