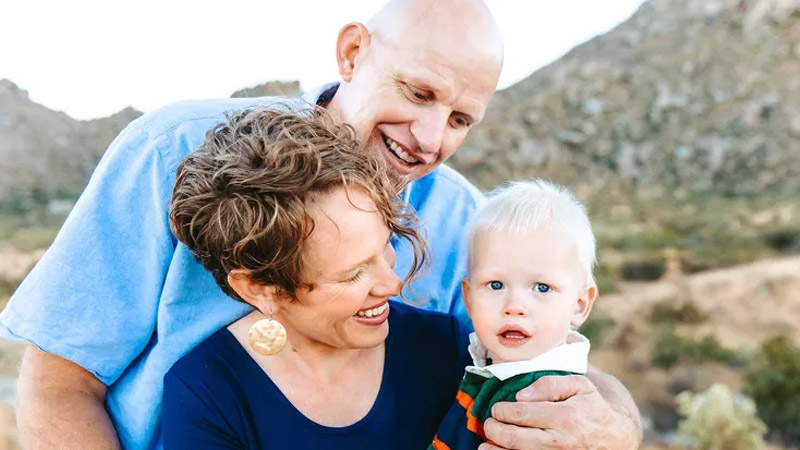 Marla Jordan Hudgens’ friends have come out after her husband murdered her and their three tiny children. Her friends told her that she was considering divorce.

“We knew that that marriage was likely ending,” one of Marla’s best friends Brett Hagerty told the outlet. Marla wanted out of the marriage, according to Hagerty, but there were no signs that she was a victim of domestic abuse. “We never had any indication from her that she felt scared or threatened or unsafe,” Hagerty said.

Marla and her children were murdered just days after she attended a memorial for her sister, Lexa, who had committed suicide. “Her sister had just died by suicide just two months ago. We literally just had Lexa’s celebration of life on Friday,” Marla’s friend Khanh Andersen told Arizona’s Family. Hagerty also noted, “Her sister’s memorial was last Friday and Jasen didn’t go.”

Aside from Marla and Jasen’s marital problems, her close friends continue to wonder why Jasen also murdered their children, whom they welcomed after years of struggle with infertility. “She did everything she could to bring them into existence,” Hagerty continued. Andersen then revealed some of Marla’s favorite nicknames for her children.

“She called them her hot dog and her hamburger because one was long and skinny and one was short and round,” said Andersen. “To think of her babies, and how they won’t even get to know how big of a person their mother was and they won’t get to experience it all because they didn’t get enough time either, it’s just too much.”

Both friends agreed that Marla was very charitable and that they want to join the fight against domestic abuse as Marla would have. Marla was a partner at the Lewis Roca law firm’s Phoenix office. Ken Van Winkle, Jr., managing partner of Lewis Roca, says in a statement shared with PEOPLE, “We are overwhelmed with grief at the loss of our friend, colleague, and partner, Marla Hudgens, and her family.”

Added Van Winkle: “We are in complete shock and are only just beginning to process this awful tragedy.” “Marla was a passionate lawyer and advocate for her clients. She was an equally passionate leader who worked tirelessly to make our firm a better place. But more than that, Marla was a loving mother and loyal friend. The impact of this loss on the community and on our firm is immeasurable.”

She was also a committed soccer coach at Madison Futbol Club, where she was the Director of Girls’ Coaching. On Friday, the club paid tribute to Marla on social media. “Marla means so much to so many, and was instrumental in building our girl’s club division,” the club wrote on Facebook.

“We are still reeling over the loss, but we will find a way to honor Marla as a club in the near future. We will share service arrangements as they are made available. Please reach out to someone you trust if you need someone to process this loss with or reach out to the MFC here and we can help connect you with support teams.”

A neighbor of the family, Hailey LeBlanc, told the outlet that she and the community remain in shock. “It’s been difficult for me to process it. I know it’s been difficult for all of us to kind of understand what’s going on. I think we hear about it on the news and other places but for it to happen too close to us is just a whole nother level of trying to understand and grieve.”

According to multiple reports, the family’s babysitter found the dead and contacted authorities. According to an earlier press statement, open propane tanks were found inside the property. A gas line was also present in the residence, but it was not connected to any kitchen appliances.

“Once inside, detectives discovered the bodies of two adults and three children from what are believed to be members of the same family. The bodies had obvious signs of trauma,” police said, adding, “Support services were offered to the neighbors of this tight-knit neighborhood and those associated with the victims.”

Vaccine hesitant hospitalized kickboxer discharged himself from the hospital because he wanted to treat the “little virus” by himself, dies weeks later