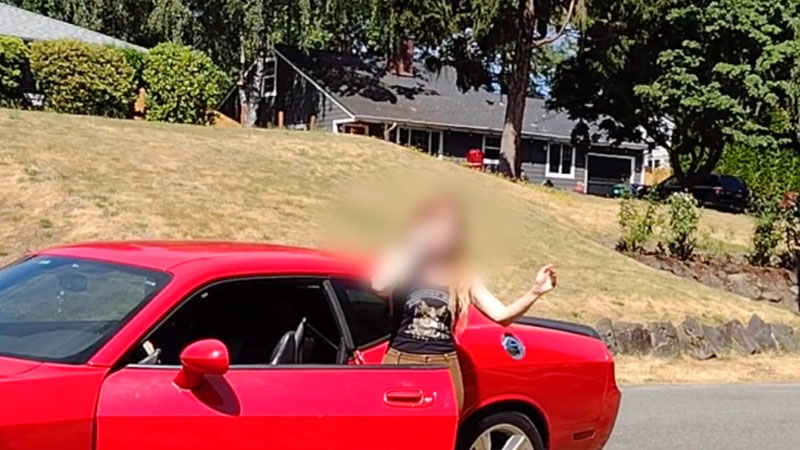 A white woman was captured on camera during a call to the police on Wednesday to report a Black guy who was in front of his rental home in White Center.

The woman is seen talking on the phone with police dispatch after confronting the Black man Dayson Barnes in a three-minute video that is currently trending on social media.

“If you guys have a lease, I’d just like to see the lease,” the woman, who was not identified, told Barnes and his partner in the video. The video was posted on Reddit on Wednesday by Barnes’ partner.

In 2020, a video of a white woman calling the police on a Black birdwatcher in Central Park, New York, went viral. Many saw the incident as an example of the everyday racism and possibly deadly situations that people of color experience.

Wednesday about 11:30 a.m., Barnes claimed he was standing in his backyard when a woman he recognized as a neighbor from across the street drove past his house. About three weeks after Barnes and his partner moved in, a lot of the neighbors observed their U-Haul truck parked in front of the house, according to Barnes.

Barnes said he and the woman waved to each other, “as a normal neighbor would,” but noticed she looped back around to park in front of the house.

Barnes claimed that when he went up to her to see if she needed anything, she informed him that she knew who lived there and charged him with not being a resident. He claimed the woman warned him not to be on the property and dialed 911.

At that point, according to Barnes, he returned home to get his phone in order to record the conversation and inform his partner about the dispute. Barnes claimed that when the woman saw his white partner leave the house, her demeanor changed.

“I’m a Black man, and me being out there alone and for me to go inside to get my white boyfriend, she felt she was in the wrong I guess and that there was a misunderstanding,” Barnes said Friday. “I did get the sense of her trying to save face for herself and brush it under the rug.”

Shortly after, King County Sheriff’s Office deputies arrived to respond “to reports of a potential residential burglary,” according to spokesperson Zoe Birkbeck.

“Before arriving on scene, dispatch advised responding deputies that the caller said that it was a misunderstanding however now a verbal disturbance had ensued,” Birkbeck said in an email.

In the video, Barnes’ partner can be heard accusing the woman of calling the cops because “she saw a Black man walk in the house.” The woman can be heard responding, “Oh my gosh this has nothing to do with race.”

Barnes, however, said, “It was obviously a race thing.”

“I was standing in the backyard and she perceived me as some thug,” Barnes said. “I was wearing a hoodie because it’s cold that morning, a black hoodie, and she thought I shouldn’t be there, I was stealing from the house.”

Two Sheriff’s Office cars can be seen approaching the home in the video. After roughly five minutes, deputies departed after confirming Barnes’ identification.

According to Birkbeck, no official report was taken.

Barnes and his partner relocated to Seattle from Texas, where he claimed racial profiling was common. He claimed that white people frequently called the police on him while he was running or walking through different neighborhoods, an experience that always made him wary of possible police interactions.

However, he said that this was the first occasion he had ever had the police called on him in Washington.

“I didn’t think I’d have to experience this outside of the South,” Barnes said. “I left the South to make these things obsolete.”

Pete Davidson wore a weird shirt after his breakup with Kim Kardashian, and fans believe it to be a message